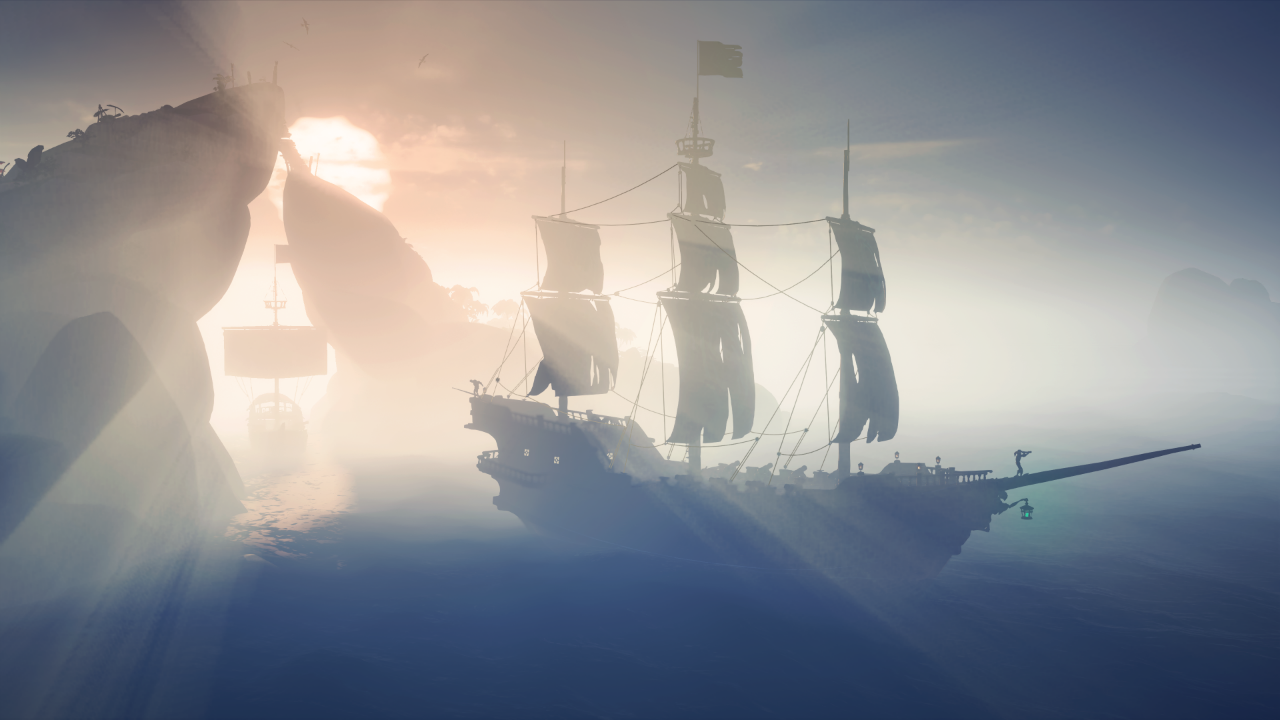 Arriving tomorrow, November 28, Shrouded Spoils' Fog will be an emerging threat that will impair visibility and potentially hide threats from unprepared captains.

New Merchant Alliance items, including the Mega-keg, Crate of Ancient Bone Dust, and Mermaid Statue Gems will be available to find, as well as the previously mentioned six new forts skeleton which will increase the total number of forts to nine.

For customization, players will have new options for cannons, the wheel, and the capstan, with a limited time cosmetic ship and set – the Wailing Barnacle – also being available.

The Megalodon will have new visual variations and the Kraken will appear more often and will feature a new attack – the Kraken Slap. New rewards and commendations will also be available for taking the creatures down.

Mermaid statues have been re-added, skeleton ships have been improved and will now roam the world, and there are new Pirate Legend Commendations for Athena Levels 1-10.

This announcement follows the reveal at X018 that Sea of ​​Thieves will be getting a new PvP focused mode in 2019 called The Arena that will see rival crews competing for bounties and different treasures while bringing "all the best bits of Sea of ​​Thieves into a short session . "

Adam Bankhurst is a news writer for IGN who still can not get over how beautiful the ocean is in Sea of ​​Thieves. You can follow him on Twitter @AdamBankhurst.