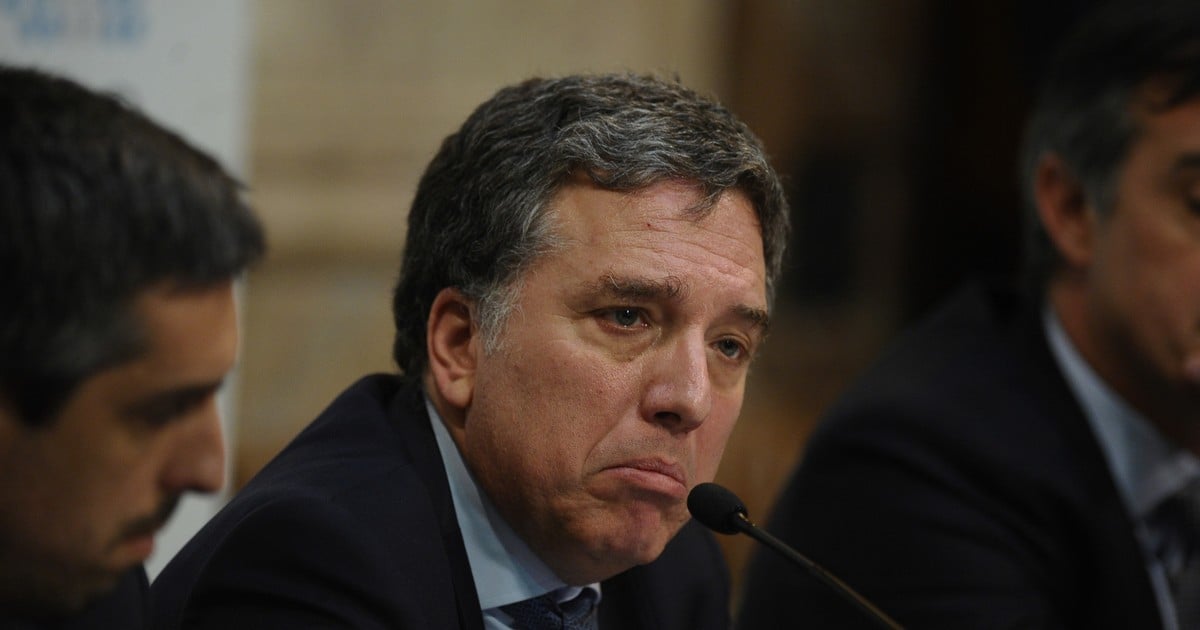 They go seven weeks of exchangeable calm and Dollar stuck to "floor" of the flotation band but one day the ticket rises in weight and lights up all the yellow lights of the Argentine economy.

Something happened that Monday when he Retail dollar brushed $ 40, and the wholesaler closed at $ 39.05, reaching the highest values ​​of the year, which was enough to spark the sensitivity of the foreign exchange market.

From Monday to Friday in the morning.

The race lasted little and on Tuesday the wholesaler, which is the most important dollar by volume and for being operated by professionals, ended with a drop of 1.3% at $ 38.55. Was the episode ended ?.

Nobody knows it but the Minister of Economy, Nicolás Dujovne He advanced in the attempt to generate calm saying:"We are very calm with the dollar, it moves very soft."

The tranquility of Dujovne really rests on that from the Central Bank, Guido Sandleris, he had advanced that he is willing to take out all the necessary market weights to guarantee the calm exchange.

It also adds to the tranquility of the Minister the advance of the International Monetary Fund that will disburse one new section of the loan (US $ 7.6 billion) counting on the mission of the organism that was in Buenos Aires It guaranteed the fulfillment of the goals of the Government regarding the lowering of the primary fiscal deficit and the monetary contraction of the Central Bank.

The reserves of the Central rose US $ 4,952 million, reaching US $ 53,955 million In October, a month in which the purchase of tickets was felt by private individuals (they acquired $ 900 million) but without turning the process dollarizer.

The flight of dollars So far this year it reaches US $ 25.959 million, a record that largely explains the exchange rate run and the dollar jump between April and September that culminates in the recession in recent months.

But the calm had come hand in hand with the commitment that the amount of money was not going to grow and the high rates that the Central Bank would pay to banks to place Liquidity Letters (Leliq).

The Leliq started paying 74% per annum and dropped to 61.24% today, according to the rise of the Monday dollar, as a "floor" to be taken into account.

The Central Bank has already advanced its intention to accelerate the reduction of rates as of January from the 60% annual fixed as the goal until the end of the year. What will be the path to the bottom ?. Nobody knows it and everything indicates that Sandleris will act "trial and error" Trying to make fine, fine tuning, when lowering the rates.

The Government believes that with the disbursements of the IMF and the US dollars exports of wheat and corn, which will begin to enter in January, has tools to keep serene to the foreign exchange market. But the dollar problems do not end there.

In recent days the country risk rate far from lowering, rose from 600 to 700 points, making it clear that overseas markets continue to have high levels of distrust about the Argentine economic future.

They argue that Argentina can pay its debt after 2020 and they are clear that the strong support from the IMF country (US $ 57,100 million) makes the organization a privileged creditor.

That adds to the political doubts summarized in one question: What if Cristina Kirchner wins Mauricio Macri in the October election?

Kirchnerism is clear about the fear it generates in overseas markets and it is not by chance that, in a report published in lapoliticaonline, the ex-minister Axel Kicillof have talked about "Defend the profitability of companies" and what "Today, a renegotiation with the IMF could be done from a position of force".

Kicillof, turning the Kirchner's skin change, also advanced on the amplitude of the PJ by stating: "I assume that everyone who is called Peronist is Peronist" adding the old Justicialist slogan that served both Perón with José López Rega and Menem with María Julia Alsogaray of "The movement is wide".

The sources of uncertainty are multiplied by politics and the economy pays it expensive: long-term dollar bonds in Argentina (2046 and 100 years old) They offer 10% annual income, very tall but they can not seduce international investors.

Financial photography shows a dollar controlled in the short term at the gates of an election year that generates expectations about the political outcome and its consequences in terms of capital movements.

In the middle the match of the game is played possible low inflation and the improvement of economic activity in the first quarter of next year.

Meanwhile, and in the very short term, the Government hopes that the international support it will obtain at the G20 summit of the main leaders of the world this weekend, will give it a bit of fresh air after several days of indignation and shame General for the acts of violence that surround us all Argentines.