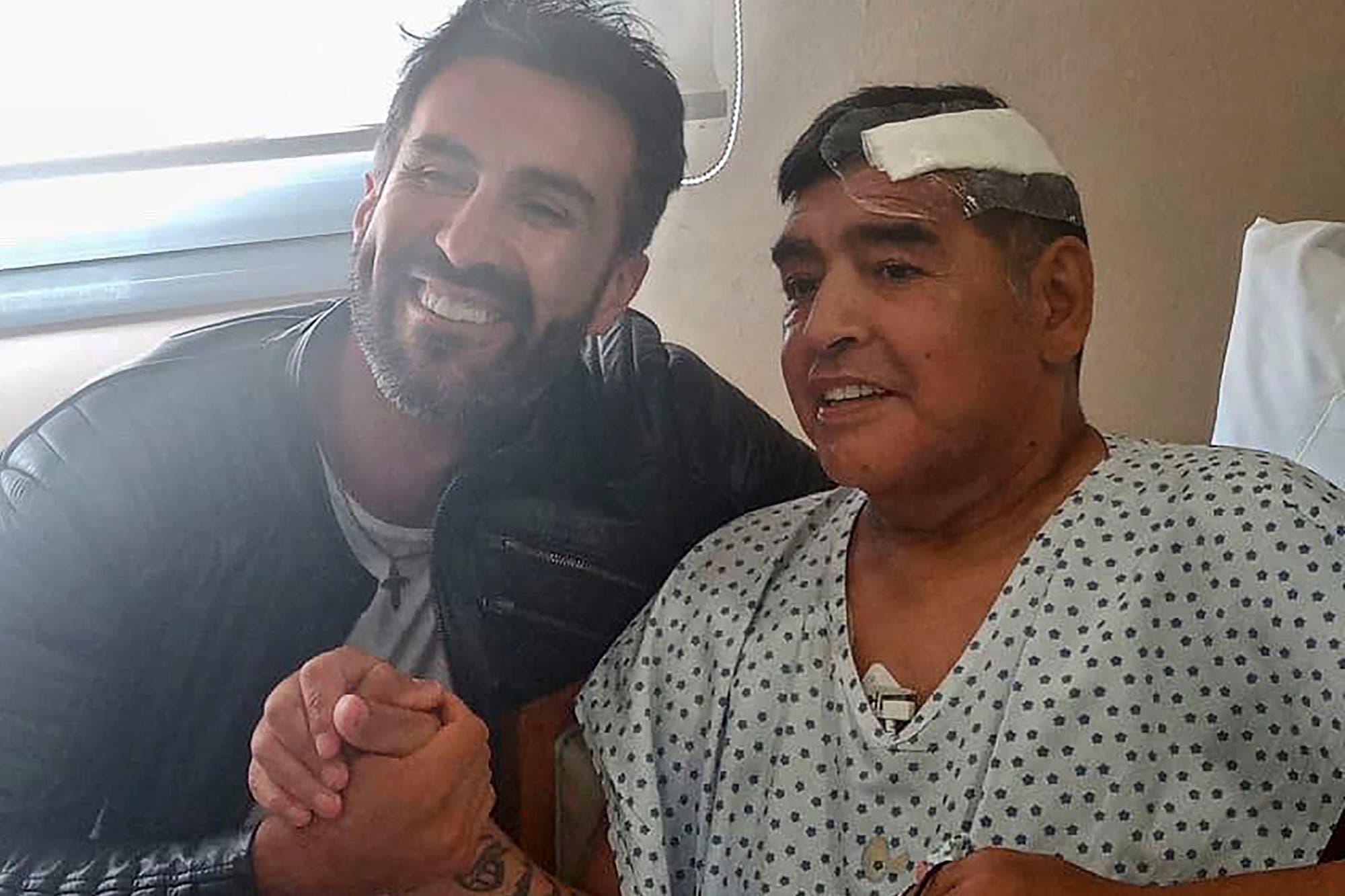 It certainly says: “No one had control of the patient”. The following sentence is powerful: “As the research progresses, the working hypothesis that there was malpractice rises.”. Thus, from 10 days Death of Diego Armando Maradona, a qualified source with access to the file summed up the status of the lawsuit opened to find out whether there was a crime over the death of the world football star.

Neurosurgeon Leopoldo Luque and psychiatrist Agustina Cosachov are under suspicion, According to the document filed in court, the two professionals were Maradona’s “medical treatment team,” while he was in a rented house in the Tigre neighborhood of San Andres.

“Each new element that comes into play reinforces the provisional hypothesis that there was a malpractice in the treatment received by Maradona.We are faced with the possibility of committing a crime. We could say that we would be facing a guilty homicide, ”the judicial source consulted maintains.

Article 84 of the Penal Code provides for imprisonment from one to five years for those who cause another to die for recklessness, negligence or lack of skill in the profession.

It happened on the 25th of last month to find out if there was a crime in the circumstances of Maradona’s death, San Isidro Attorney General John Broyad coordinates a special team of investigators, consisting of his two deputies, Cosme Iribarren and Patricio Ferrari, and Benavídez’s attorney, Laura Capra.

Upon completion of the evidence gathering phase and the delivery of the results of the additional examinations of the autopsy operation (opinions of toxicological and histopathological experts) to the prosecutor, a medical committee of renowned professionals from different specialties will be convened to determine whether Maradona was in poor health care.

As he could tell NATION, The key to the detectives in the case is a document signed by Maradona that he was released from the Olivos clinic, where he underwent surgery on the 3rd of last month for a subdural head hematoma. The report was signed by Luque, two of Diego’s daughters, Gianinna and Jana, and Pablo Dimitroff, the medical director of the health center.

The document stated that Maradona did not have a medical discharge, but an external discharge, and that Swiss Medical proposed to continue with psychiatric, clinical, rehabilitation and toxicological treatment in the form of hospitalization in a rehabilitation center. That happened on the 12th of last month and the coach of Gimnasia y Esgrima La Plata left the Olivos clinic for a rental house in the San Andres neighborhood, Tigrean.

In one of the paragraphs, Luque and Cosachov were defined as “the medical team being treated” and it was argued that the professionals had “prescribed and the family accepted the patient’s follow-up and home medical care” and asked the Swiss Doctors to care for them. nursing homes and therapeutic care “.

“The follow-up of the doctor is the responsibility of the medical treatment team and the professionals chosen by the patient and his family, outside of Swiss Medicine,” it was stated in one of the last paragraphs, essential lines for researchers, Luque’s responsibility to be credited and psychiatrist.

According to evidence gathered by judicial investigators so far, Maradona’s house has been “completely dismantled.”

“There was no patient control and monitoring system. We have proven that there may have been a clinical doctor who went to see Maradona Tiger once or twice, but we do not know what he did. We have not confirmed the presence of home hospitalization. has a judicial source. According to the autopsy, Maradona died of acute, congestive and chronic heart failure, which led to acute pulmonary edema.

The source who knew exactly the relationship between Maradona and the neurosurgeon was explained NATION “Any medical practice done to Diego was defined by Luque.” And I add: “Luque is a good kid. He is a fan of Maradona. He wanted to be a world champion, he went down in history as the doctor who saved Diego. But he signed the release and now he has to take it.”

Luque was targeted by Maradona’s daughters, Dalma, Gianinna and Jana, and testified before the prosecutors in charge of the investigation. “The podiatrist who visited Diego to cut his nails also had to ask Luque for permission to go home,” said Diego’s heirs, who were able to rebuild NATION.

“Maradona blindly trusted Luque,” ​​the source added that he was aware of the relationship between the doctor and the patient. He added: “Diego was sure that his neurosurgeon had operated on his subdural hematoma, but although he was among the team of professionals in the operating room, he did not have the operation.”

Cosachov gave Maradona some medication, usually in patients with alcohol dependence, who have symptoms of depression and eventually anxiety, but, according to judicial sources, there was no control over whether the prescribed medication could be harmful to the patient. a heart disease suffered by the former footballer.

“No one was in control of the chaos. Maradona was in the wrong place for his medical checkup. Investigators in the case were surprised that the patient was not followed up. There were no gadgets or technology to send warning signs. The medical treatment received by Maradona was far from curable and far from medical science, ”a source familiar with the investigation told LA NACION.

Luque benefited in the last hours with the exception of prison, with the measure requested by defense lawyers Julio Rivas and Mara Digiuni. Judge Orlando Díaz Berme understood that, in his ruling, the “principle of ambulatory freedom during the process” should prevail.

“Due to the legal title [homicidio culposo] I can only show that the procedural status of the appointed Luque falls within the hypothesis set out in Article 169 (1) of the Code of Criminal Procedure. [donde se dan las bases para las excarcelaciones] considering that the maximum amount of the sentence imposed for the crime against him does not exceed eight years ‘imprisonment, and that the minimum of this scale of punishment is less than three years’ imprisonment, determines this extreme situation. to give a conviction may be conditional execution, ”the judge said in his ruling.