Overdoses and suicides reduce the life expectancy in the US 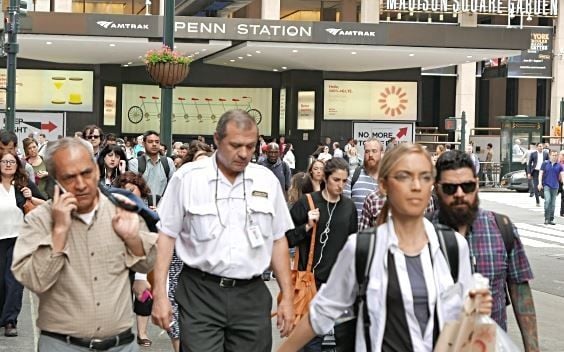 11-29-18. – Life expectancy has been the biggest drop in 2017 in the United States in 2014, especially in the face of the drug abuse crisis, but also in the rise of suicides, according to health statistics published on Thursday.

"This is the first time we see the downward trend in the 1918 flu epidemic," said Robert Anderson, head of statistics statistics for mortality at the National Statistics Center, with data AFP. Anderson points out that the decline was much stronger in 1918.

In addition, they are less than three and a half years old in Canada, on the other side of the border, and it also causes excesses.

"Statistics are warning us and we show that many Americans lose, very soon, to prevent reasons," said Robert Redfield, Director of Centers for Disease Control and Prevention (CDC).

Drug abuse has begun in the early 2000s and its intensity has grown in the last four years.

In terms of death, Anderson compared this situation with the rise of the HIV epidemic, but with one side: he quickly refused. The statistics expects an excess dose to continue the same path. "We are a developed country, life expectancy must be increased, not shrinking," he said.

35 Out of the OECD countries, Iceland has only experienced a decline in life expectancy since 2016. In other places, it has risen or has stopped.

There are two excess categories. For non-opioid drugs, such as cocaine and methamphetamine, and the other, in the case of psycho-stimulants, approximately 27,000 people died.

However, the increase is largely secondary to opioids.

This calls for heroin, morphine and semi-synthetic opioids, such as oxycodone, prescription cancer, but is sold on the black market, with the help of medical and laboratory accomplices requiring the exclusion of the problem, dependence.

Lately, most deaths come from the emergence of new drugs: dozens of synthetic opioids, such as fentanyl, stronger than heroin, which may be a minor dose defect. Some 28,000 Americans were killed in 2017 by fentanyl or similar drugs.

But the 2017 figure reveals a relative expectation that the number of overdoses continues to grow but at a slower pace.

Preliminary data for 2018 also suggest that the crisis was a peak this year. "But it's hard to say," because they are just a few months ago, Robert Anderson said the honest.

All the country is not affected by the plague. The states of the center, from Texas to South Dakota, are safe.

The crisis is in New England English, in the northeast, where overdose deaths provide more than a quarter of the donation of organs to find traffic accidents.

He is very old in both states of the old industrial belt (Ohio and Pennsylvania) and, above all, in a very poor West Virginia. Previously, there is a sad figure of 58,000 deaths of 100,000 people compared to the national average. 22