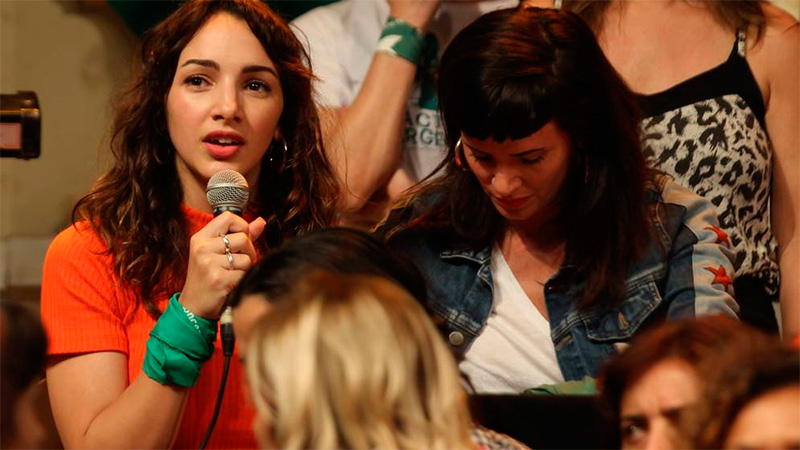 Nicaraguan Human Rights Center (Cenidh) Nicaraguan Police accused of overwhelming surprise and violence in the night. When the organization announced the actress Thelma Fardin, when she denounced the rape against Juan Darthés, in a country tour, she was hit by the "Ugly Duck" nine years ago.

Cenidh last Friday, on Friday, had legal personality left with other NGOs on Thursday. Uniform countries have reported documentation, computers and equipment.

"The robbers were ordinary, they went to Cenidh on the roof, and they took facilities," said Vilma Núñez, president of the NGO, directed to Fardín, to file a complaint. Núñez also complained that he was "violent and profitable" for the operation of the security agents in that place that night.

"We had trouble getting into the field yesterday, we got into today, we turned around and stole it, stuff everywhere and rolled it down," said Núñez.

Raids occur in a political space of high voltage. Recently, the Nicaraguan government has given them 15 days to present their accounting records, but when it was finished, equipment was taken.

Eight months ago, a massive 200 massive anti-government non-governmental 200 non-governmental mass protests and human rights NGOs began to wound 545 and arrested 603 people. The government has been denounced by opponents trying to destabilize through the "terrorist territory" funded by the United States.

According to a government led by President Daniel Ortega, Cenidh and Hagamos Democracy NGOs are "accused of managing, receiving, channeling and channeling public funds for change, and have taken actions to destabilize from that country", which has therefore removed their legal status.

Through a communication, the Interior Ministry announced Friday that the NGO "real estate and other real estate" of all NGOs was "under the administration of the Nicaraguan state", "a fund for the creation of" comprehensive care and reparation for victims of terrorism. "

The government has also acted with nine agencies and three media: El Confidencial, Esta noche y esta semana. "It is an attack on the freedom of the press in Nicaragua," reported journalist Carlos Fernando Chamorro.

Popol Na Foundation, led by dissident Sandinista guerrillas and dissident Mónica Baltodano, said the police were also "in force" in the west, the building in the west of Managua.

Cenidh publicly said that they are against democratic decisions that are very serious for democracy. "Cenidh has condemned the ban on commemoration of the International Day of International Human Rights, the National Police is not a competent authority, CENIDH will use the laws of the corresponding authorities," they said. Some days posted on the day Clarin.