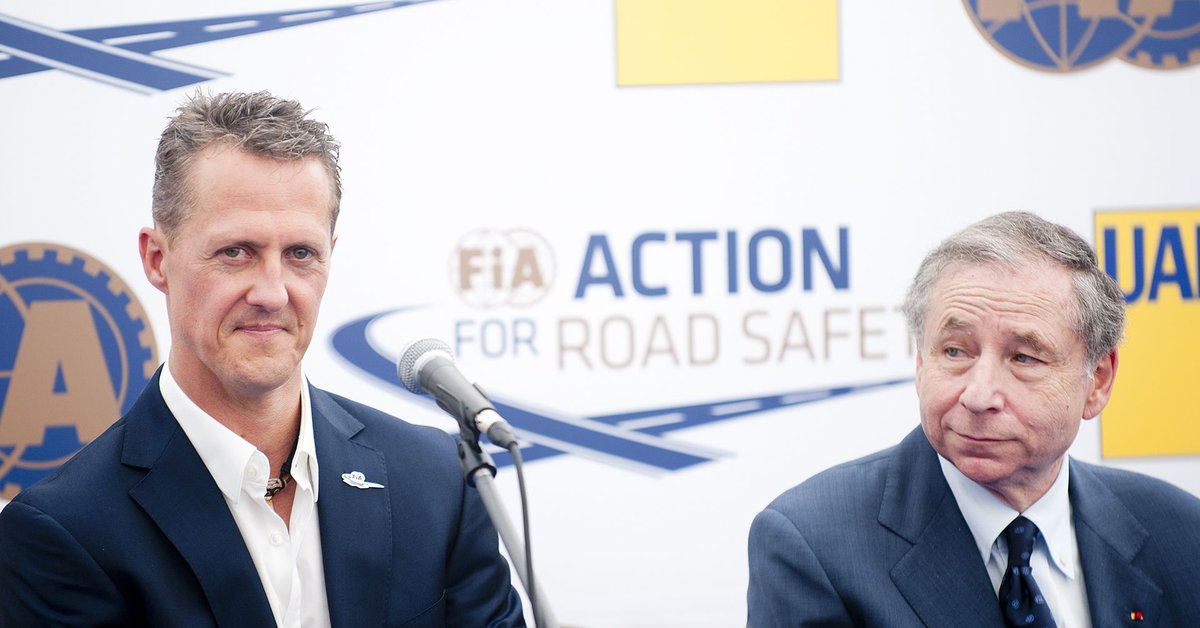 “Schumacher is following in his son’s footsteps.”

It is such a revelation Jean Todt, neither more nor less President of the FIA, provided seven new details on the health of the Formula 1 champion.

“Of course you follow him. Mick is in Formula 2, probably competing in Formula 1 next year. It will be a big challenge, and we are delighted to have Schumacher at the highest level in the automotive industry once again. ” Todt said in an interview with RTL.

The president of the International Automobile Federation has announced that he visits Michael Schumacher every month and that the former driver is on the lookout for his son Mick’s performance in F2.

“Look, you know that’s the question I will be very secretive. I see Michael often, I see it once or twice a month. My answer is always the same: he’s just struggling, and we just wish him and his family things could get better. ”He continued with his state of health. And finish: “It’s very well surrounded. And it’s in a place that’s comfortable enough. “

Jean Todt is one of the few people with access to seven Formula One champions, He continues to pay special attention after the accident in 2013. A few days ago the leader revealed that Michael Schumacher has been in contact with seven German Formula 1 champions seven times and visits them regularly.

“His struggle continues, along with his family and his doctors”said Todt in an interview with the Dutch newspaper “De Telegraaf”. “I go to watch it regularly and we watch TV together,” he added.

Schumacher had a serious ski accident in December 2013 and since then, little data has emerged on the evolution of his health.

The seven-time champion’s son, Mick Schumacher, is a 21-year-old Formula 2 driver who was due to make his Formula 1 debut in early October. Todt declined to answer whether Michael Schumacher is aware of his son’s promising career. “I’m not going to talk about that, I don’t want to go into details because it’s something that is private,” he explained.

The FIA ​​president said Mick Schumacher is “a young and talented driver” and has a “big name”, although he warned that “big names don’t drive a car”. “If he makes his Formula 1 debut, he still doesn’t have a winning car. He’ll need time, it’s too early to know if he has the same talent as his father, Max Verstappen or Lewis Hamilton,” he commented.

A moving moment for the German GP: Mick Schumacher gave his father’s helmet to Hamilton

Recently, Mick was the protagonist of a historic event in Maximum, in the number of victories that the British Mercedes surpassed the father. After winning the Eifel Grand Prix, the 21-year-old climbed to the podium to gift Michael’s helmet.

Also, at the time of qualifying for the Emilia Romagna GP, Haas teammate Guenther Steiner acknowledged that it would be “an honor” for Mick Schumacher to make his Formula 1 debut in his team. “It would be good for Germany and for the whole of Formula 1. He is the son of one of the legends,” he told German television station RTL Imolan. Mick Schumacher is a member of Ferrari Young Drivers Academy and a leader in Formula 2

He is a board member of the “Keep Fighting” foundation founded by Todt Schumacher’s wife Corinna and said “what he does is incredible”.

He cited one of the organization’s initiatives as an example, a helmet for motorcyclists in developing countries. “They’re much safer and cheaper, costing less than twenty dollars. We always have Michael in mind with projects like this, ”the FIA ​​president said.

At the door of FIFA, Alejandro Burzaco and Julio Grondona were sentenced to three years of disqualification from paying the Argentine banker.

Jorge Sampaoli, his entire coach and Atlético Mineiro player were infected with coronavirus

Neymar’s new love affair: who is the famous Brazilian singer who would keep the relationship open

The world’s tallest bodybuilder shared details about his diet: he consumes 6,400 calories a day