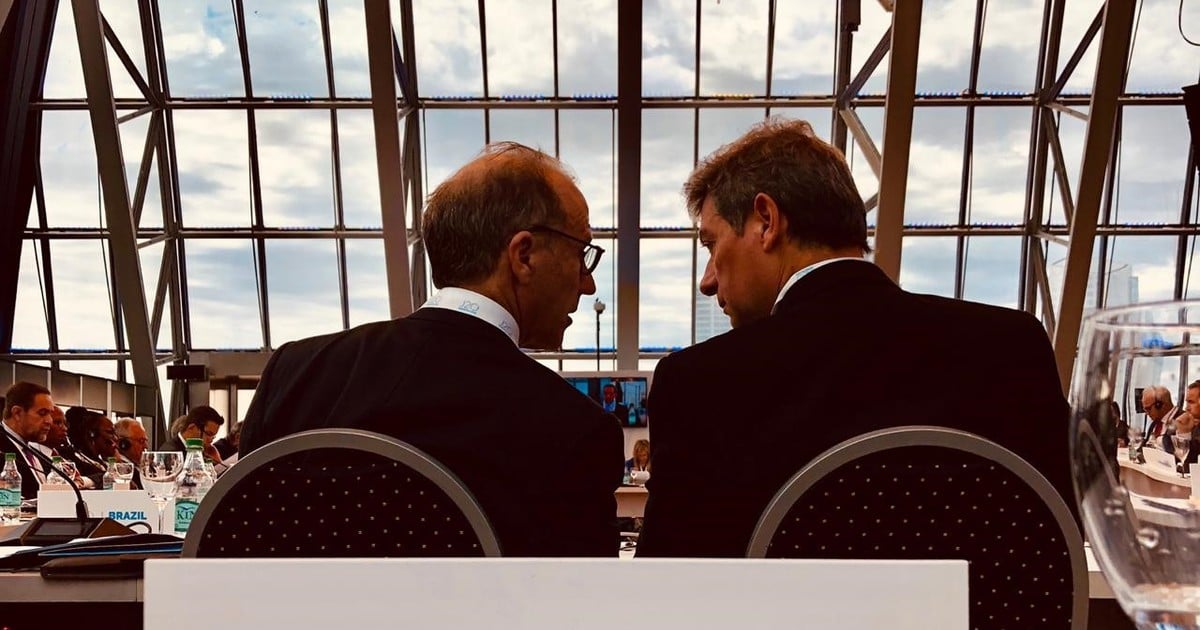 This Tuesday, he began to run the hottest calendar that the Supreme Court of Justice of the Nation announced before the end of the year. It was with a key failure: the High Court "turned" a precaution and confirmed the validity of a law that states that the judges – and employees of that power – who have assumed since 2017 They must tax the income tax. For the short term that has passed since the rule governs, the measure is of more symbolic impact than economic.

Until last night, as he was able to confirm Bugler from judicial sources, there were a majority of three signatures Sealed to ensure the decision (Horacio Rosatti, Juan Carlos Maqueda and Ricardo Lorenzetti), but near noon, the agreement between the ministers has already ended, a source confirmed to Clarín that he finally "came out unanimously."

There was particular attention to the position of the new head of the Court, Carlos Rosenkrantz, who defended publicly-in speeches and interviews with means like Clarín- the salary level of the judges and proposed an outlet the least questionable: to increase salaries and then they start to pay Profits not to lose purchasing.

From Monday to Friday in the morning.

Anyway, that is another background discussion that involves the entire Judicial Branch. It is estimated that for the exemption of this tax, The State stopped raising this year between 6,000 and 7,000 million pesos. But now we only discuss about those who assumed since 2017. In terms of general funds, a much smaller part. If particular cases are taken, it is a lot: a salary of 200,000 gross pesos would pay 50,000 per month of Earnings; one of 300,000 would be 85,000. Higher charges in the Judicial Branch are at that level. And some more upstairs yet.

With respect to the Vice President, Elena Highton de Nolasco, rated as one of the most corporate of the body and aligned with the Association of Magistrates who presented the precautionary arrest that halted the Payment of Winnings provided in the law of 2016, initially had been speculated that he could vote against. But it was not so clear, since at the beginning of last year, the Court itself, through a statement in its official news site, had set a position: "It is clear that all employees, officials, prosecutors, advocates, magistrates that They are in function will not pay the tax. Instead, Those who enter as of 2017, will be obligated to pay it".

The most emphatic until now regarding earnings was Judge Rosatti. He showed himself in favor that the Judicial Power tribute this tax when it passed through the public hearing to take over the charge. And even two members of his vocal pay earnings.

In addition the precaution of the Association of Magistrates, other judicial employees they filed complaints through administrative channels. Since the Court is the highest authority of power, those orders also fell there and will be rejected.

Court ruling, as Clarín knew, could also contain Some paragraphs in hard terms for the intermediate judges They have agreed to the claims to curb the tax discount. The High Court, and this also made clear Rosenkrantz, wants to follow the doctrine that the laws are complied with, so contrary to public opinion. And that, in any case, politics resolve the controversies by changing the rules.

Roughly speaking, it was one of the arguments used by Rosenkrantz, Rosatti and Highton de Nolasco to endorse the controversial benefit of 2×1 for a repressor. Following the scandal, a new law was passed and just next week (December 4), the Court will set jurisprudence. It is deduced that, from the change of the norm, the benefit can no longer be applied to those convicted of crimes against humanity.