The weapon to stop the Central Bank dollar: what is the risk

The plant has sold nearly $ 6 billion. Although it is far from the 2015 highs, they have warned it could have a side effect

The Central Bank (BCRA) is trying dollar controlled expectations already devaluation with all its artillery. The bond sale It’s one of the most successful maneuvers when it comes to getting financial budgets, as they often end up dragging the blue. This intervention adds to it future dollar sales in derivatives markets.

According to official numbers, the BCRA had it in late September s was sold for $ 5.577 billion in the future, between Rofex and MAE. Economist Fernando Marull, a partner in FM&A, estimates that the position could be increased u $ s6 billion during October.

“It was a similar peak in January 2014, at about $ 7 billion Kicillof devaluation. Two or three months earlier, his future position was very similar to his current one. Then it diminished and the BCRA lost, ”Marull explained.

Quantum Finance, meanwhile, stated that it would be a position sold by the BCRA from November 4 u $ s5.800 million, considering that on October 30, the office expired for that month, which meant the suspension of the equivalent of $ 2.8 billion.

Daniel Marx’s consulting firm had future sales made by BCRA a positive effect on the exchange rate difference which reached a “peak of 130%” on October 22nd.

“In the second half of October, due to the large spread of open interest (contracts pending settlement), it can be concluded that the BCRA play an active role in reducing the gap through future market operations – sells more and more contracts in November and December 2020 – “Quantum said.

Evaluate the expectation of devaluation

The future dollar market serves to try the organization led by Miguel Pesce low expectations of devaluation without having to separate it from reserves with derivatives they operate in pesos.

Quantum noted that when the BCRA sells contracts, future devaluation rates are implicit chopped or kept. Despite the location of the agency, the prices indicate that devaluation expectations are high.

Meanwhile, the value of the exchange rate in the spot or spot market is controlled by super stocks. In parallel, blue leave the maximum behind $ 195, at least for some wheels. The financial dollarsmeanwhile, continue quietly thanks to the sale of bonds official bodies.

So Why does BCRA continue to sell contracts? Because the devaluation expectations are still high and the goal is to cut them.

“The future is rate arbitrage. They’re trying to sell futures adjust the implicit rate because the future is more than the price they are not a prediction of value. They come out to intervene, rates that are not arbitrated compared to BCRA, ”explained Ledesma Consultora partner Gabriel Caamaño.

However, he warns: “If monetary policy is not consistent, it is very difficult to align expectations with futures that track the official price that the shares receive ”.

In the same vein, the economist noted that “when the implicit future rate is much higher than the rate of monetary policy, it shows the rate of pesetas is falling short“And in those cases, the BCRA has an alternative to selling futures instead of raising the reference rate.

There are hedges in the futures market, which is what they want secure the exchange rate at a certain point. It can be for sale or purchase and depending on the need will offer or take contracts.

In the current situation, it has high expectations of devaluation reserve shortage and macroeconomic instability, most of which go to the future market buy contracts. And it’s the BCRA that comes out to offer them.

“It reduces the cost of coverage as well as the implicit future rate. Everyone wants to cover it the rate flies. Then the BCRA comes out to provide that coverage so that the rate is not so high, ”Caamano said.

On the other hand, Marull noted that future sales will also prevent the BCRA from selling constant and strong reserves. “Although they can still sell it in the money market, it is less than if they did not intervene in the future“, It is celebrated.

Unlike what happened in 2015, when the BCRA sold nearly $ 20 billion in the future, the agency said today it has limits to its intervention. In Rofex, can only sell art u $ s5,000 million while on the secured wheel The maximum limit is $ 4 billion.

Therefore, analysts rule out a situation similar to what should have happened when Federico Sturzenegger, head of BCRA, took office. disarm the “bomb of the future”.

“All of this is done to prevent devaluation. Now there are limits on how much future the BCRA can sell in the market. In 2015 there was not so much limitation and, in fact, they were put in place to avoid such a situation, when nearly $ 18 billion was sold in the future. I believe that Before they reach such a peak, they will underestimate itMarull pointed out.

However, there is another risk that economists point out: that issue of money. This is If the BCRA underestimates and loses for future sales, you will have to pay the difference in pesos, which means weight injection. 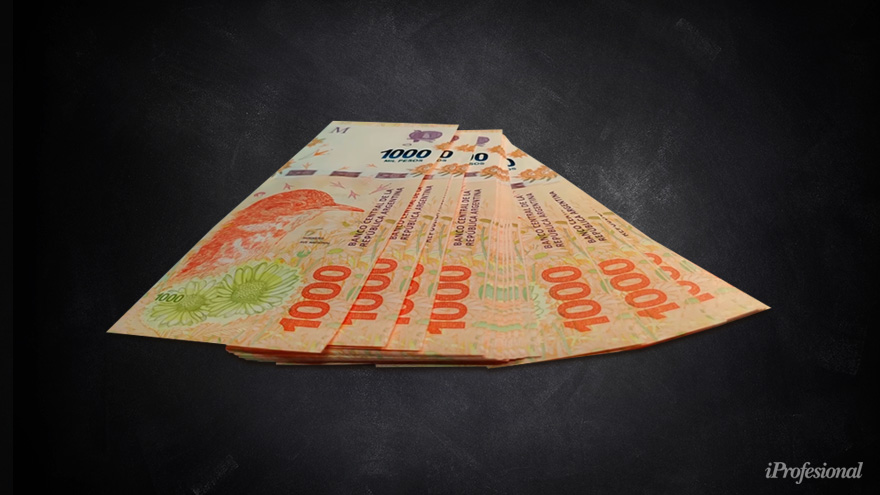 If the plant loses in the future market, it will have to enter pesos to pay the difference

“If they value it, BCRA you have to pay the differencera. Since they don’t have US tickets, they sell them in 2 or 3 months and the BCRA pays the difference in pesos. Therefore, when devalued, a a very powerful money problem, As happened in December 2015 or January 2016, ”Marull graphs.

For his part, Caamaño agreed to emphasize the risk of issuance “This is what happened at the end of 2015, when they wanted to take out the shares, issued about $ 70 billionBecause from that moment on it is the future they were sold lower the price than in the end. And this feeds the process again, because more needs to be issued and this creates more pressure on the exchange rate.“he said.

So far, and contrary to all expectations and expectations, the BCRA has not validated a sharp jump in the official dollar and has been winning for future operations. As a result, this is calculated that way he wanted about $ 12 billion in the last 10 months. If that is not the main goal of the interventions – it involves aligning the caps – the agency take advantage to sterilize Your profits.

Find out the value of the dollar today and follow the price and behavior minute by minute. CLICK HERE