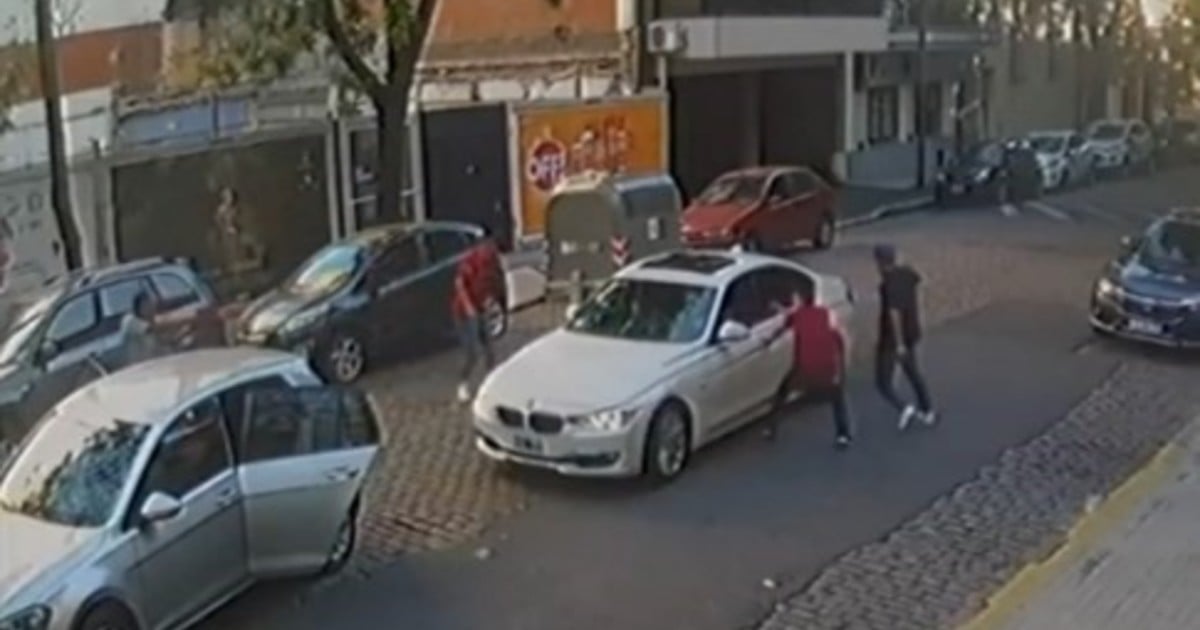 It was 43 seconds that the robbery attempt of a BMW lasted in the heart of Caballito.

The squad's security cameras filmed how the driver resisted to the assault giving way back and forth until the five criminals stopped and fled.

What happened today | We tell you the most important news of the day, and what will happen tomorrow when you get up

Everything happened last Saturday, at 17.17, at Thompson 600, To meters of the Pedro Goyena avenue, where the security cameras of a building filmed the whole sequence, which was broadcast by TN.

The criminals, who were five, were mobilized in a car. Arriving at the corner of Thompson and Pedro Goyena, they stopped holding the BMW white, who was going back, to follow his path.

It was then that Four armed robbers lowered the car, while the driver was behind the wheel. Three criminals surrounded the BMW while another pointed it.

But the driver of the BMW began to retreat and move forward until The thieves stopped robbing, they went up to their car and fled from the place.