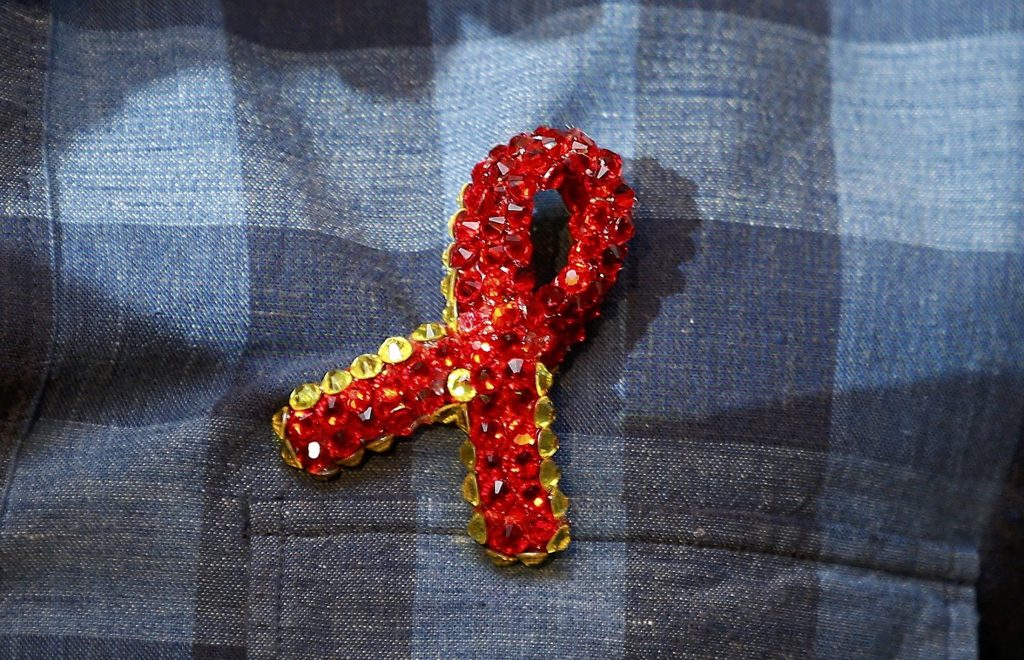 When the human immunodeficiency virus (HIV) took the world by surprise in the 80's, many myths began to emerge, partly because of the panic that caused this new disease, but mainly because you did not know what we were facing.

Does the virus that causes AIDS transfers the condom?

Three decades later, both treatments and our understanding of HIV have advanced significantly. However, there is still a long way to go, not only to curb new infections, but also to eradicate prejudices, stigmas and myths about this virus

What is the difference between HIV and AIDS?

HIV is the name given to human immunodeficiency virus, an infectious agent that attacks the cells of the immune system (the defenses of the body).

When the virus expands and weakens the immune system considerably, then it acquires it acquired immunodeficiency syndrome (AIDS), a state in which The body's defenses are so low that any infection can severely hurt the patient. Patients with AIDS do not die because of the direct cause of the virus, but because of opportunistic diseases.

People who own the virus are called seropositiveThose who do not have it are seronegative. It is important to emphasize that Being HIV positive is NOT synonymous with having AIDS, since the syndrome is an advanced stage of the infection that can be avoided with the early detection of the virus in addition to a correct and constant treatment.

Today, a person with HIV may have exemplary health, in addition to having romantic and sexual relationships without any problem.

How can HIV be transmitted?

HIV is transmitted through the exchange of body fluids with high viral load such as blood, semen, or breast milk.

There are three main risk situations for the infection:

He Oral sex represents a very low likelihood of infection, even though it is It increases if you have injuries, ulcers or blood in your mouth.

Perinatal transmission: an HIV carrier mother can Transmit the virus to your baby during pregnancy, delivery or breastfeeding. While the mother knows herself, there are treatments and precautions to minimize the risk of infecting the baby.

Blood Transmission: Most of these infections happen by share needles used to inject intravenous drugs.

If the basic hygiene guidelines (using new and sterilized tools) are not respected, the realization of tattoos, perforations or medical neglects may also be a means of transmission.

When the epidemic began and did not know what it was or how it was transmitted, many people received the virus through blood transfusions, however, it is currently very unlikely for all the controls that exist.

Needless to say Only HIV-positive patients can transmit the virus.

How does HIV NOT be transmitted?

Are you in a situation of risk with a person carrying HIV guarantees the infection?

Not necessarily, Not all forms of transmission carry the same percentage of risk (via CDC.gov).

In addition, through a proper and constant treatment, A seropositive patient may become "undetectable".

What does it mean that someone is an undetectable seropositive?

It means that It is a bearer of HIV, but its viral load (the number of viruses in its body) is so low that it does not exceed a minimum margin in blood tests. The objective of the current antiviral treatments is to have an undetectable viral load. (via the VIHDA Foundation)

Undetectable seropositive patients can keep their immune system indifferently healthy and virtually unable to transmit the virus to other people. However, the undetectable state does not prevent the possible transmission of other sexually transmitted diseases, so using condom is still strongly recommended.

Is there a cure for HIV? What are the treatments?

There is currently no cure for HIV; Once the virus infects the body, we can not completely eliminate it. What we can do is administer treatments that reduce the presence of the virus in the body to very low levels. Being a bearer of HIV is no longer "synonymous with death" as before, and patients – correctly medicated – can take long, healthy and full lives.

If the detection of HIV is done in a specialized medical center (such as the Condesa Clinic), or one of the IMSS or ISSSTE, the patient can receive treatment for free. The side effects of HIV medications vary from patient to patient, but usually disappear after treatment has begun.

There is also no vaccine that protects the body, but it does There are preventative treatments that drastically reduce the likelihood of infection: Prophylaxis Preexposure (PrEP) and Post-exposure Prophylaxis (PEP).

The prophylaxis preexposure (PrEP for its acronym in English) is a retroviral drug that people seronegative they can take daily for reduce to almost 0 the risk of infection. The most popular medication for PrEP is called Truvada And it can be obtained in pharmacies, although its cost is very high (the patent is still valid in our country).

As of the first quarter of 2018, Mexico, in conjunction with the WHO (World Health Organization), will initiate the first Truvada free trial protocol. The first test group will consist of 3 thousand people in CDMX and Jalisco. It is expected that the protocol will eventually expand to a public policy of prevention and that the medication be more accessible and cheap (when the patent expires and may be marketed generic).

They carry out HIV testing for pregnant women, in the IMSS (IMSS)

If seen involved in a high risk situation (sex without a condom with a seropositive person, sexual violence) is possible Start a treatment to minimize the risk of contagion: post-exposure prophylaxis (PEP for its acronym in English). The PEP works analogously to PrEP (protecting immune system cells that are attacked by HIV), but while PrEP constantly maintains the body's defenses, PEP must be administered in a maximum of 72 hours (3 days) after possible transmission.

PEP can also be administered for free at health centers, but it should be emphasized It is an emergency treatment that should not be abused.

If I am not a drug addict, a homosexual man or I do not exercise prostitution, am I free from getting HIV?

No. Although it is true that there are more affected groups (intravenous drug users, sex workers and men who have sex with other men), it is wrong to believe that the rest of the population can not be infected.

What defines if the virus is contracted or not, it is not belonging to a certain population, but rather the practices that one performs.

For the sexually active population It is advisable to take a detection test at least once a year. For those who are often in risk situations it is preferable that they do it every 6 months. The tests can be done free of charge at the IMSS, ISSSTE, specialized health centers or with civil organizations dedicated to HIV prevention.

Although prejudices, fear of rejection and ostracism prevent many people from encouraging themselves to take the test, it must be remembered that the best weapon to stop the epidemic is to know our state.

According to the National Center for the Prevention and Control of HIV and AIDS (Censida), it is estimated that In Mexico there are 210,000 people living with HIV; alone 65% have been diagnosed and of these he 60% receive treatment. In addition, in recent years the number of new infections has remained stable, 12 thousand a year (although they should be decreasing considering that we are a country that has free access to treatment against HIV and condoms).

What tools do I have against discrimination?