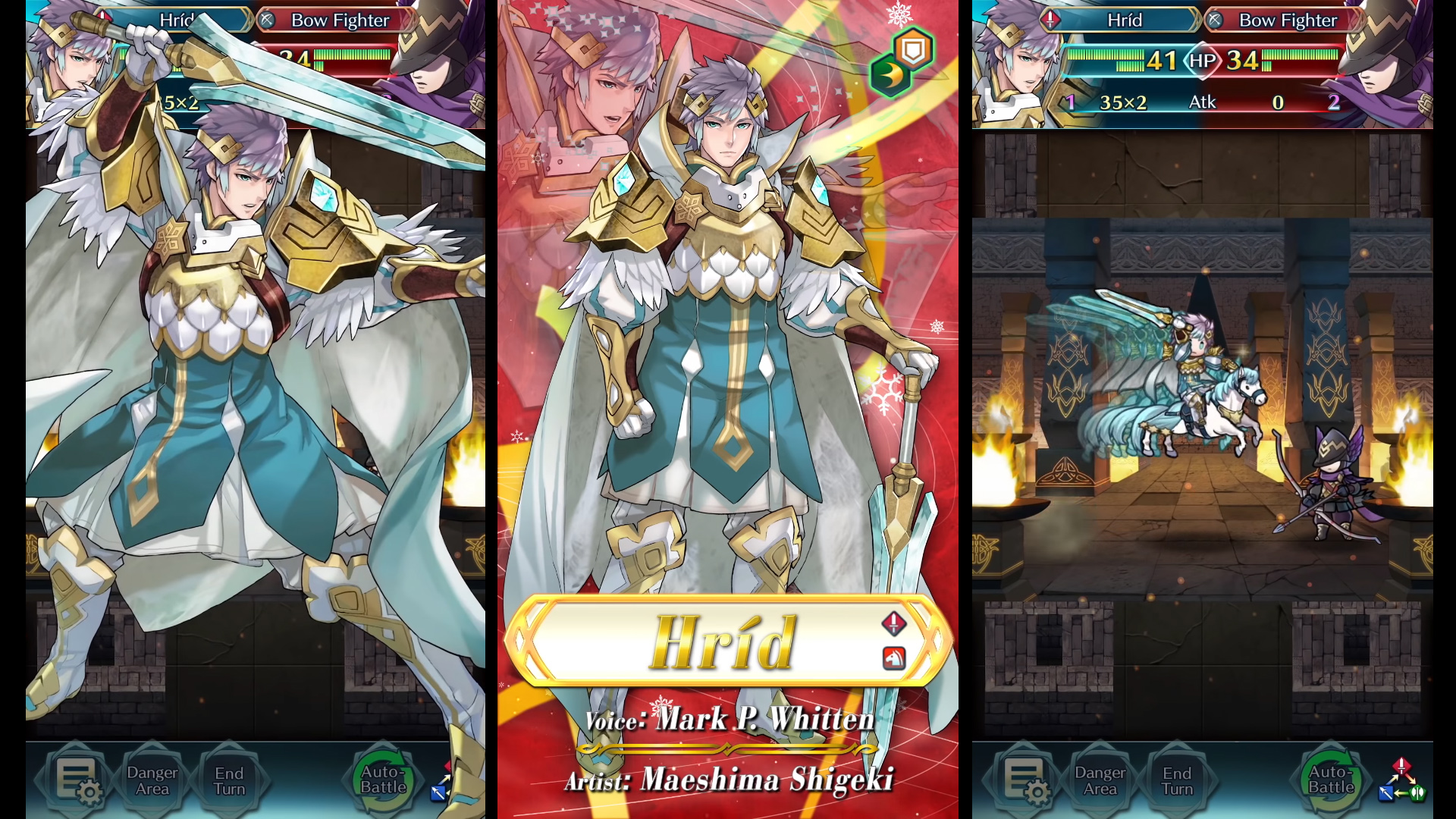 Following up on the pair of original characters added to the summoning pool, Fire Emblem Heroes is bringing a new Legendary character as well. Joining his sisters is Hrd, prince of Nifl who featured in some of the later story chapters of the game's Book II plot.

He'll be taking up his sword on horseback, bringing the expected unique skills and buffs to any allies with the proper (in this case wind) blessing bestowed. Just as exciting as the new addition is the rest of the featured heroes for the planned summoning event.

For colorless, Legendary Robin makes their expected return alongside Summer Noire and Nina. Green is headlined by Gunnthrá, with female Kana and Summer Innes along for the ride. Blue gets Legendary Lucina, Summer Cordelia, and Brave Hector for a tempting trifecta but it's red that steals the show. Alongside Hríd will be a fellow Book II character Laevatein and, for the first time, a second Legendary Hero in the form of Ryoma.

Whether you're throwing in a few Orbs from your stash or desperately gathering attempts and pulling your favorite character, when you're the best of luck on live November 27th.


When he's not writing for Nintendo Wire, Ricky's anticipating the next Kirby, Fire Emblem, or if the stars ever align, Mother 3 to be released. Till then he'll have the warm comfort of Super Smash Bros. to keep him going