King Philip 140th Anniversary of the Great Synagogue in Brussels 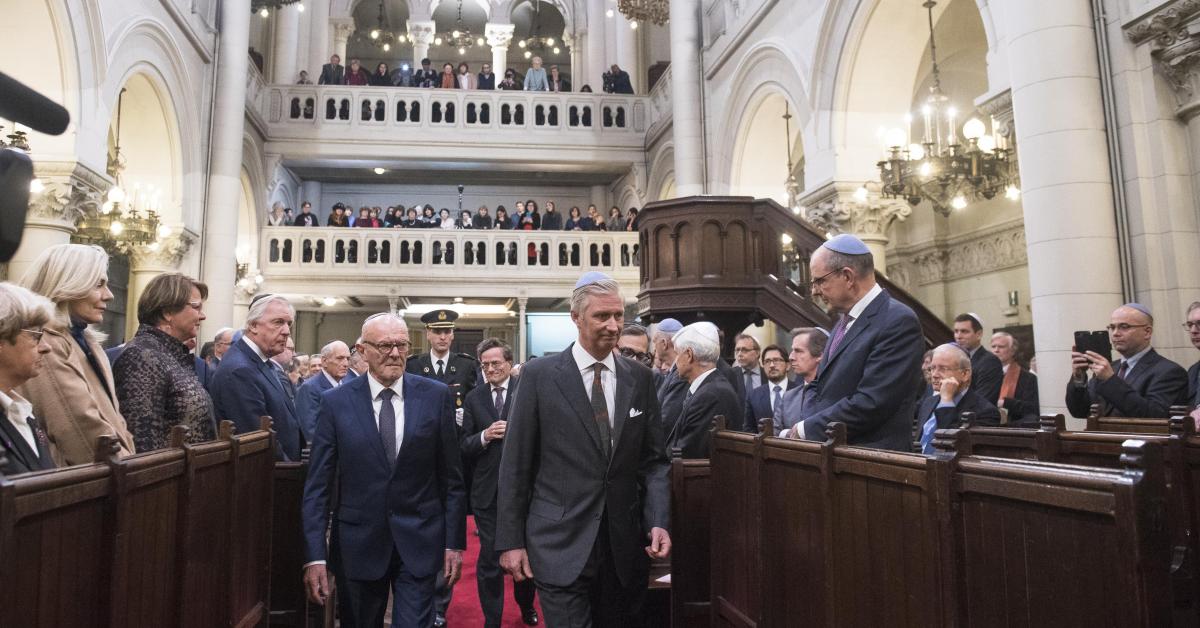 King Philip attended the ceremony. His presence is a sign of the recognition of the Jewish community in Belgium and continues his vision of promoting a dialogue between cultures and secularism organized in Belgium.

Since the beginning of his reign, he has held many religious associations: in 2015, with representatives of the Jewish community of Laeken, with a family of Moroccans, a round table in 2017, Palais …

Representatives of the secular and recognized cultures among the people who were there were, for example, Joseph De Kesel, Cardinal and Archbishop of the Mechelen-Brussels Architect, and Mehmet Ustun, President of the Muslim Army. The ceremony was also attended by ambassadors and politicians, including President Elio Di Rupo PS, Brussels, Philippe Close, Molenbeek-Saint-Jean-Françoise Schepmans, and Minister of Justice Koen Geens. . The second year brings together twice a year the religious recognition and the representatives of the laity. Head of the Brussels office, Albert Guigui, and Philippe Markiewicz, President of the Belgian Jewish Central.

After recommending the role of its predecessors, the latter has been interested in promoting the values ​​of a clear democracy. "Maintaining religious traditions, openness and tolerance, and without condemnation, is a source of wealth for all, especially if they emphasize their freedom of conscience and respect for others."He said."That is why we will fight for everything, extreme, all types of racism, against Europe against anti-Semitic anti-Semitism. We will always continue to defend our values ​​of democracy. "