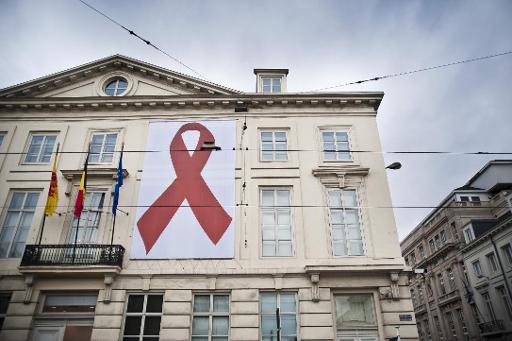 In 2017, we diagnosed a total of 890 people with a diagnosis of human immunodeficiency virus (HIV) for an average diagnosis of 2.4 per day, according to Sciensano's annual report. The number of diagnostic infections fell by 2% compared to 2016 and 27.5%. Men with sexually active men (MSM) and sub-Saharan Africa, two populations called "at risk", most of the infections were in 2017. The number of new cases has decreased slightly.
The probability of infection is known as 71% of new 2017 diagnoses. MSM accounts for 49% of new infections and 48% transmission of hetero-sexual contacts. In the latter case, most people came from sub-Saharan Africa (49%).
Only 1% of 2017 diagnoses use drug-based drugs.
In addition, less projection tests were carried out in 2017 (-2%). The proportion of confirmed new diagnoses was 1.25 in 1,000 trials. In addition, 36% of infections were diagnosed late.
The number of people who continue to be infected with HIV is continuously increasing, an average of 687 people a year. In 2017, 16,070 people participated. Among those treated in AIDS reference centers, 99% received antiretroviral therapy, a successful virology rate, Sciensano. Thus, 97% of these patients controlled the viral load (the amount of the blood virus). An undetectable virus is also untranslatable, says AIDS Prevention Platform in a statement. "A person who is aware of HIV and a person who cares for it can not transmit HIV".
In 2017, there were 18,908 people living with a virus or 1,000 people with 1.7 people. 2.059 of these have not yet been diagnosed, says Sciensano. These are, above all, knowing that other people are not infected, says the Platform.
HIV is a sexually transmitted infection that affects AIDS (Intelligent Immunodeficiency Syndrome). At this time, the virus weakens the immune system and saves many opportunistic infections.
In 2017 there were 56 patients diagnosed between 1981 and 20184 among 5,084 people. Since the beginning of the epidemic since December 31, 2017, 30,778 people have been diagnosed with HIV.