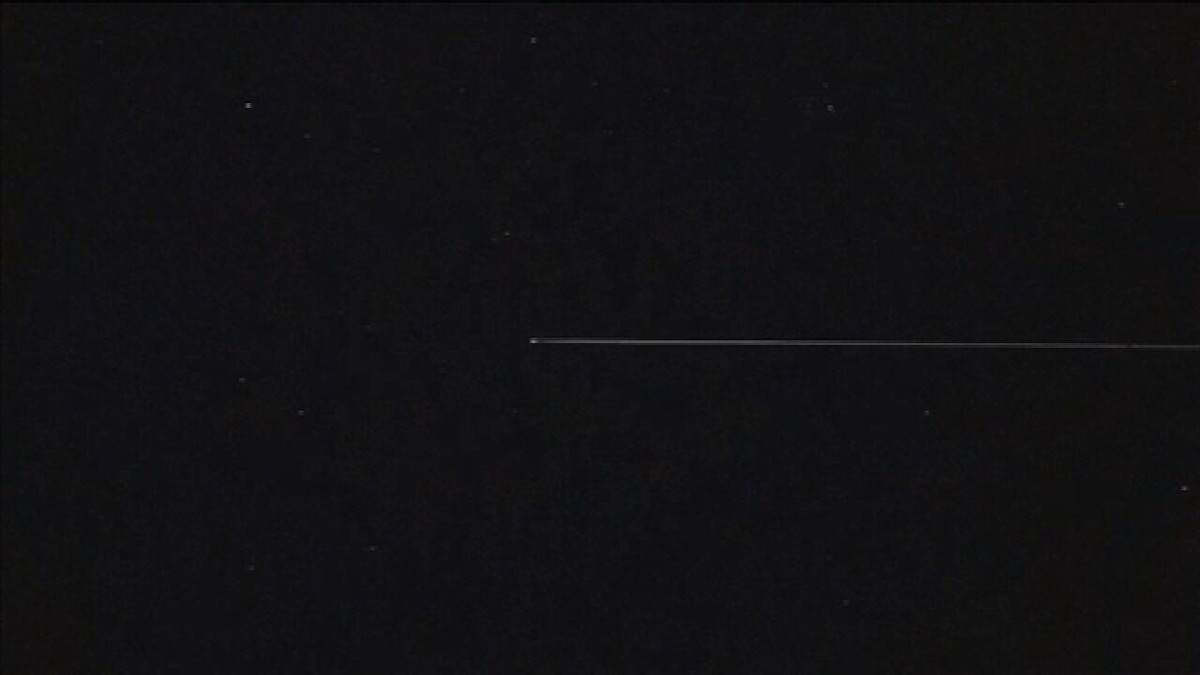 The sky in central South Australia was streaked with a ball of fire from Saturday (5) to Sunday (local time).

A capsule fired by a Japanese Hayabusa-2 probe containing material taken from an asteroid entered the Earth’s atmosphere at a speed of 11 km / s, protecting the thermal shield by setting a temperature of around 3000 ºC.

After opening a parachute to slow its trajectory, the 16-pound artifact landed at the planned location – the Woomera Range complex, the center of the Australian Air Force-controlled rocket launch center in the middle of the desert.

Six years after its launch into space, the Japanese Hayabusa-2 spacecraft made its first “delivery” – Photo: DLR via BBC

Shortly after landing, a group on the ground boarded a helicopter equipped with sensors that were capturing the signal to transmit the capsules.

The material will undergo rapid local inspection and then be transported to Japan to a Japanese space agency (Jaxa) facility in the city of Sagamihara for analysis.

The probe is on its way to the next destination: the asteroid 1998KY26.

The capsule weighs about 16 kg and is about 40 x 20 cm in size. The light comes from thermal protection, which when it enters the atmosphere should reach temperatures around 3000 ° C, protecting the sample from this crazy temperature. pic.twitter.com/7VqBeRk5KE

This is the first time that a large amount of material received from an asteroid has reached Earth.

The Hayabusa-2 mission launched into space six years ago. The probe landed the asteroid Ryugu in June 2018 and investigated the object for almost a year before returning to “deliver” it.

Alan Fitzsimmons of Queen’s University of Belfast in Northern Ireland says the sample will show a lot about “the history of the Solar System” as well as about these rock bodies.

Asteroids are “residual” materials used to form the Solar System. It is made up of elements that are also found on planets like Earth, however, without entering them.

“Getting samples of an asteroid like Ryugu is something that excites professionals in our field. We think Ryugu is made up of very old rocks that will tell us a little bit about how the Solar System was created,” says Sara Russell. Head of the team researching planetary materials at the Natural History Museum in London.

Analyzes can help, for example, how water and other essential components of life came to Earth.

For a long time, the scientific community believed that comets brought water to the planet at the beginning of the solar system. It was later seen, however, that the chemical profile of the water found in these bodies was different from that found in water in the planet’s oceans, says Alan Fitzsimmons.

The water composition of some asteroids outside the Solar System, however, was shown to be much narrower. And Ryugu probably originated in that cold area before migrating to its current orbit, closer to Earth.

“Maybe we looked at comets all the time, when we should have seen these primitive asteroids a little closer,” Fitzsimmons added.

“It’s definitely something we’ll look at carefully in Ryugur’s samples.”