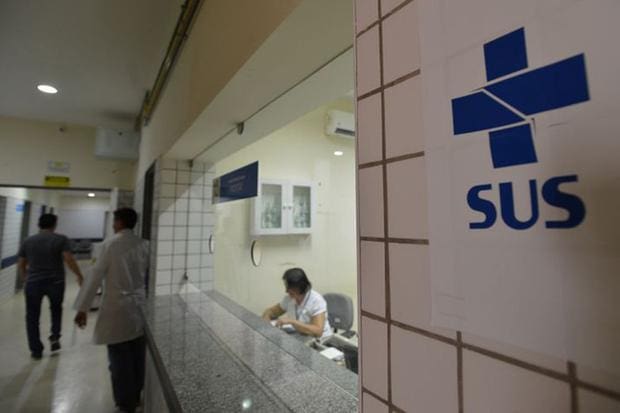 The Office of the Attorney General (AGU) formalized a plan of intent with Unimed-BH to return R $ 200 million to the Integrated Health System (SUS), citing the use of the public network by health plan beneficiaries. The agreement signed at the Judicial Center for Reconciliation of the Federal Court of Minas Gerais concludes about 300 legal proceedings on the matter. The amount has been deposited by the operator in court.

The return to SUS is provided by law and the beneficiaries of the health plans are provided with all the services of medium and high complexity for the procedures provided for in the contracts and agreements included in the public network. It must also be returned in cases of hospitalization. The rule has already been challenged in court, but in 2018 the Federal Supreme Court (STF) ruled that the indictment is constitutional.

“Every patient who joins SUS receives care and then the system checks whether or not it is linked to a health plan. If so, the health plan should be informed that the care that should be provided should be returned to SUS. In the private network. The health operator may object or not. , and, within the framework of the National Complementary Agency for Health (ANS), after the administrative process, the collection is sent, ”explains the federal prosecutor of the Major Debtors Collection Group of the Attorney General. Federal General, Fernanda de Paula Campolina.

“Initially Unimed-BH opposed about 89% of those calls, disagreed (with the collection) and filed a lawsuit, but left the money in the hands of the court,” he says.

According to the prosecutor, more than 300 lawsuits related to the operator have been discussed in court since 2013. To end these lawsuits, in June last year, AGU began negotiations with the cooperative, which ended with a protocol of intent. . The agreement will allow the operator to convert the amounts deposited in court into income for SUS.

“AGU has no interest in promoting the lawsuit because we stop raising money for the public bank and we are carrying out thousands of actions over the years. Unimed-BH also went into the same spirit of trying to reduce litigation. And it has changed its behavior,” Fernanda said. From August 2019 to June 2020, the operator paid 93% of the credits administratively and filed 7% of the cases.

According to the prosecutor, thousands of visits have been made to SUS health plan beneficiaries in recent years. Users use the public network, for example, to obtain permission for a particular operator procedure or when they have difficulties in urgent and emergency cases. “If you suffer a car accident and are rescued by Sam, it will inevitably take you to the public network because you are not sure if you are insured by a plan. There are many situations, often not responsible for the plan, but the law does not make that distinction,” Fernanda explained.

He says the protocol of intentions was a milestone, both because of the inflow of financial resources into SUS and because of the change in the attitude of Unimed-BH. “We hope it will also serve as a model and inspiration for other operators,” the prosecutor says, stressing that the involvement of the Judicial Center of the Federal Court of Justice has been important in concluding the agreement.

In a statement, Unimed-BH stated that the agreement signed “is in line with the cooperative’s strategy to end the processes that were believed to be values, in addition to rejecting the debate on the constitutionality of the return.” The operator stated that “the appeal was lodged with the court pending the progress of negotiations to examine about 190 cases representing approximately R $ 150 million in historical values.”

Unimed-BH also stressed that “ANS provides all customers with the support and coverage provided in the list of procedures, but this does not prevent its beneficiaries from providing service through SUS, which is a guaranteed constitutional right for all. Brazilian citizens.”

Between 2001 and June this year, 6,904,351 visits from beneficiaries of SUS health plans were identified, according to the National Supplemental Health Agency (ANS).

The agency has already charged the health plan operator $ 6.3 billion, which is the equivalent of more than 4 million calls made. Of this amount, 69% was paid in installments, and a total of R $ 4.49 million was transferred to the National Health Fund (amounts adjusted for interest and fines). In the first half of this year alone, R $ 491 million was sent to the Integrated Health System (SUS).

According to the ANS, in 2018, 178,417 hospitals were hospitalized in the public network as beneficiaries of health plans, which is 1.5% (11.8 million) of the total number of SUS hospitalizations made per year. The majority of procedures were surgery (36.85%), medical clinic (28.72%) and obstetrics (15.71%). The most common in hospitalizations was normal childbirth; in the second, treatments for pneumonia and influenza.

In 2018, 351,178 procedures were performed on highly complex outpatient care. Of these, 78.57% were related to clinical procedures, 13.95% to organ, tissue and cell transplants and 3.68% to diagnostic procedures. Hemodialysis was the most common in this type of care.