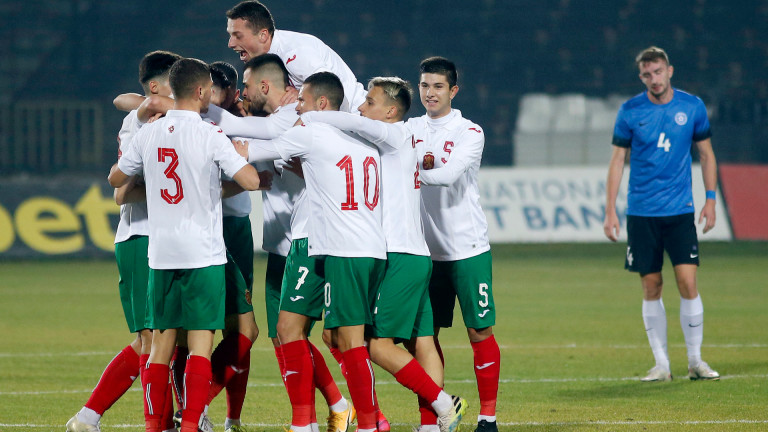 The first half was dominated by the “lions”, who did not leave a meter of space for the action of their opponents.

The Bulgarian footballers looked over the blue team classes and tried to find the result at the Slavia stadium.

The actions of Iliev and Chandarov threatened the Estonian goalkeeper, but attempts to overcome them with a cross defense were unsuccessful.

For their match strategy, the team had decided to use their ability to concentrate their attacks in the middle of the pitch, rather than on the wings.

In the 28th minute Kotev was revealed, he looked around and decided he needed to shoot, even though he was 25 meters from his opponent’s goal. The final result – a bomb shot that left the Estonian guard with no chance and the result was found.

Only one attack later, a new high-speed action by the Bulgarian team led by Iliev Jr. and Ertan finished with a double pass between Tombak, the latter getting close to 2: 0.