Due to the closure of roads – Bulgaria 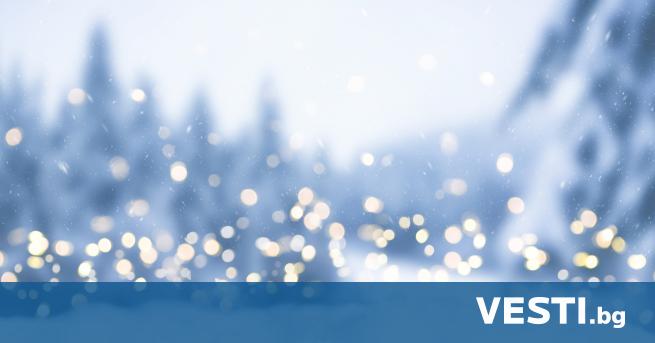 The Troyan-Karnare transit is closed for more than 12 tonnes of trucks. Maintenance companies clean and handle roads, but the API warns the driver of the cars prepared in winter.

In the morning, Vratsa made a lot of snow. The temperature is around 0 degrees and the snow is 8 centimeters.

Vratsa – Oryahovo – The Marmara stations are on the Kozloduy road. Snow is common in mountains. In the northwestern Bulgarian suburbs, the driver is driven to control the roads. There is not much plain snow, but the visibility is limited.

An incident closed the road to Vidin-Montana this morning. TIR became Smolyanovtsi village.

TIR spent 4 hours on the international road between Vidin and Montana. It has a Blagoevgrad record. The guide is Macedonia. He traveled from Denmark. Cars created a colony for TIR void, Nova TV reported.

More than 30 rails cleared the surrounding area. The snow cover is more than 15 cm.

Another TIR, trying to overcome the pillars of the avant-garde, has blocked the E-79 tape in Montana.

When departing from the Hemus Motorway of Botevgrad, car drivers must be careful, because all the TIRs for cleaning vehicles have stopped.

The I-7 traffic that crosses the "Lesovo" boundary – Elhovo is restricted as a traffic accident, according to the RIA.

Heavy vehicles must wait a bit.

Yellow and orange codes apply to snow, Clouds, winds and rainfall throughout the country, according to the NIMH website.

Orange wind code, Snow and regional discharges – Targovishte, Razgrad, Shumen, Dobrich, Varna and Bourgas. The rain began to rain at night. The northeast wind reaches 20-25 m / s and there will be birds and winds.

Yellow code The rain falls between the Pernik, Sofía, Sofía, Vidin, Montana, Vratsa and Pleven districts. It is expected that the snow will cover between 10 and 20 cm.
This warning, but rain and snow were announced in Kyustendil, Blagoevgrad, Pazardzhik, Smolyan and Plovdiv regions. In these areas, it will rain in the morning and snow will pass through the day. The unleashed snowy snow will make it until midnight. The north-east wind will reach 20-25 m / s.

Yellow Warning Level Rain and wind and snow and wind is in force in 10 regions in the country.

Rain and wind – Kardzhali, Haskovo, Yambol, Sliven and Stara Zagora. It will rain in the morning, it will pass through the snow. From midnight, snow cover will be created. The north-east wind will increase from 15 to 25 m / s.

Snow and wind – Lovech, Gabrovo, Veliko Tarnovo, Rousse and Silistra. It will be in the snow in these areas and a snow cover will accumulate between 15 and 30 cm in midnight. The northeast wind will be 20-25 m / s and birds and winds will be.