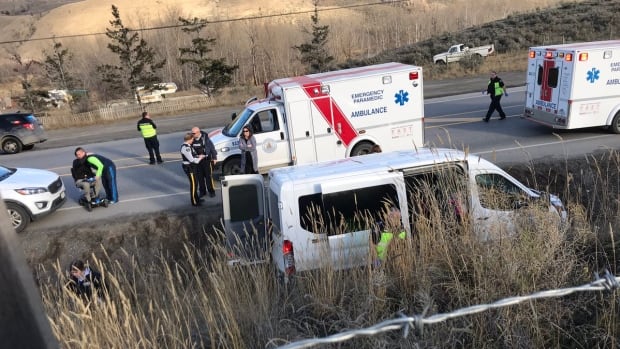 A bus accident at the bus number 97 left Cache Creek around 12 people injured by BC. Emergency Health Services.

The crash occurred about midday and early reports said the wounded are both stable and threatening.

Seven ambulances were transported through the Royal Kamloops Royal Hospital. Others were treated in a scene.

Later in the Barcelona Ministry of Internal Affairs, a victim suffered serious injuries.

All patients near the bus accidents #CacheCreek they are triaged No serious injuries. The Royal Inland Hospital continues its work in seasonal illnesses and other urgent cases. Thank you for the professional response and response to all RIH staff. @BC_EHS