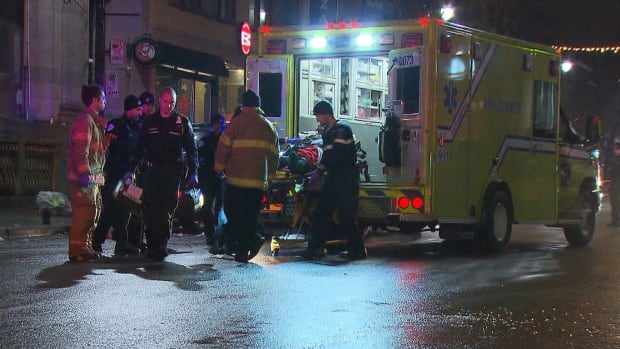 Two men were shot in a night in the neighborhood of the Plateau District in Montreal, both in a critical situation, one of which escaped the scene inside the police vehicle.

The Montreal police said they were called St-Laurent Boulevard and on the Edge of the Mont-Royal Avenue at 12:30 a.m.

When they arrived, they found a 31-year-old man throwing himself to his upper body. He was taken to the hospital, where his condition is still critical.

Meanwhile, officers saw a "vehicle escaping the scene" and started a dog that ended in Notre-Dame streets and Robert-Bourassa Boulevard corner, according to the constitution spokesman. Jean-Pierre Brabant.

The second victim, a 25-year-old, was inside the vehicle. The police said another man was shot at the same time as St-Laurent and Mont-Royal. 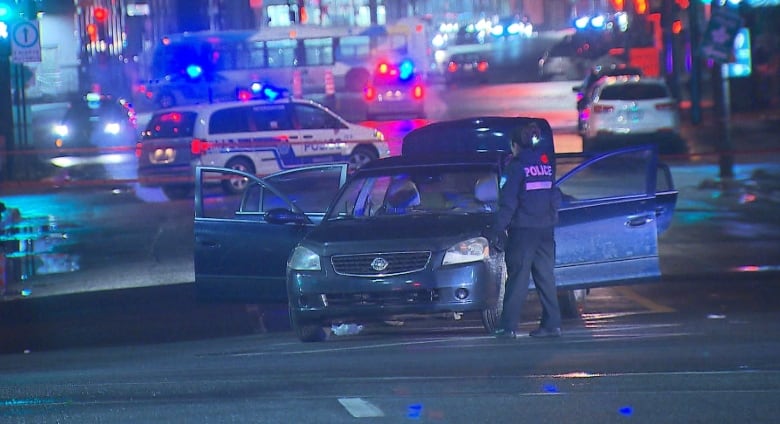 The second victim, a 25-year-old man, found the police in a car that escaped the truck. (Radio Canada)

He realized he was transporting to the hospital and was expected to recover.

The other 25-year-old men were in the car, the police said. They were arrested in the afternoon and this morning they will meet with the researchers.

The police will find witnesses and review the watch footage to complete the incident.