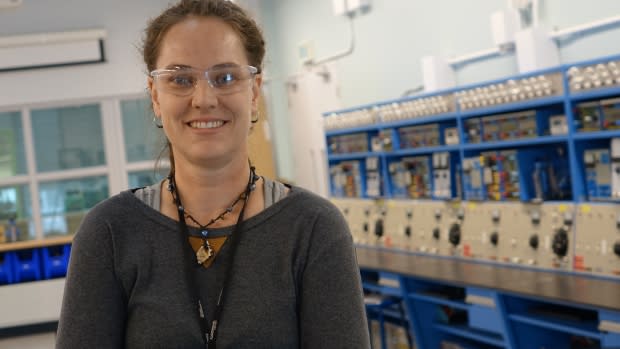 Algonquin College has to reserve 30 percent of the seats in four of the technology programs for women that meet minimum standards of acceptance.

The "We saved a seat" initiative was launched on Friday, with the goal of promoting the number of women that currently have programs for men.

"It is possible to hear comments about reverse discrimination," said Sarah Gaus, a university diversity and inclusive specialist.

"But really, that is, everyone who comes to our school is getting good education."

Three-year pilot project seats will be reserved for programs:

A critical mass of 30 percent said that night, where women actually work in groups and do not isolate them in the rooms.

The initiatives do not specify the number of women involved in the program.

If the programs are very popular, Gauen said, "they just have the rest of the open competition seats."

"This program guarantees that only 30% of women are admitted," he said.

On the other hand, if women do not apply, the other places will be for men.

The Holly Wilson project is applauding, but he still remembers how uncomfortable he felt on his first day in electrical engineering technology.

"[It was an] The first day it was terrifying, absolutely, "said Wilson. It was absurd to wander and see the boys."

"There's no need to be afraid of this, the feeling of exclusion and exclusion in a place full of men." Wilson said.

Currently, only about ten percent of every university's Algonquin College technology program represent them.

It consists of two or four women per classroom, according to Kathryn Reilander, professor of electrical engineering technology.

He said it was important for young women to be confident in continuing to study mathematics and science in higher education, university and high school engineering programs.

"Make sure you are a 9-year-old woman and say that you can do this, especially in those areas of technology [filled with] men, "said Reilander.

"You will be better. You will improve. You'll be fine."