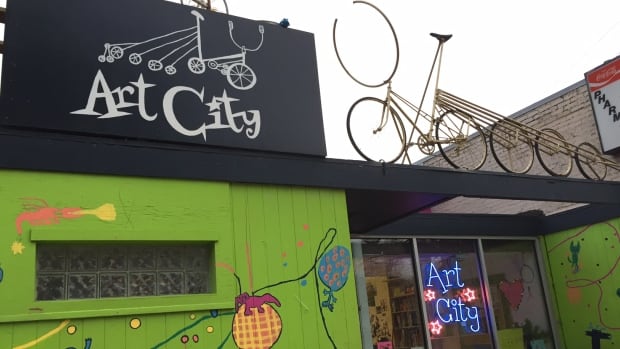 The unprivileged collection of material archives was stolen Tuesday night at Art City after breaking the nonprofit community art studio.

The CEO, Josh Ruth, said the robbers were "basically nothing" of "digital cameras and scanners" from Art City's digital laboratory, including digital cameras.

The district-based West Broadway district in Winnipeg is not a substitute for exaggerated parts of the equipment, which is fully replaceable, Ruthe said.

It is undoubtedly a digital backup of thousands of photos and archives of Art City's 20-year history. It offers after-school programs for young people.

"Our organization has been over 20 years old. We have seen children go through the program and come years later and years later, and it means that they have access to many records," he said.

Will accept the return without a "question"

The incidents have been reported to the police while Art City staff members plan to talk to the community and the Winnipeg pawn shop.

They are giving a cash prize, and they will accept the return of their archives without any questions, Ruthe said.

"We know a lot of information, it is essential, and we do not really have any use," Ruthe said.

Although parts of the organization's records and parts elsewhere, the digital archive was the widest collection, Ruthe said.

"The place like Art City, it's not just art, it's not just about to feed hungry bellies, it makes sense of participation and creates a sense of belonging and pride in your community," Ruthe said.

"And the participation documentation for children in Art City is extremely useful for creating a sense of ownership and maintenance."