B.C. $ 231 million investment to build new homes for its residents 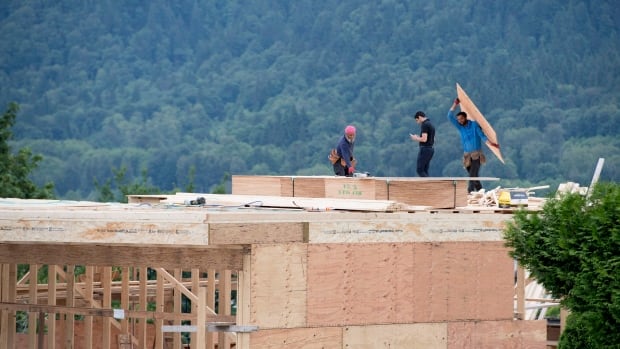 The first housing units selected through the new homeowners' fund are close to 780 homes and are close to 370 homes. Investing in a home invested for the first time in the province, the government recently published.

The City Hall and Housing Minister Selina Robinson announced on Saturday that Pitt Meadows in the Katzie First Nation reserve was receiving $ 7.8 million for 39 youth, older and family housing.

"The needs and reservations identified by our community members are significant, and the vision of a solidarity model of life emerging is not a home, not a cure," he said.

"It is a monumental gift for our community, a significant impact for future generations."

The government said that 1,143 homes will be built over the next two or four years and will have a commitment of $ 10 million to $ 550 million for the construction of 1,750 residential homes for indigenous residents.

Be the proud owner of a regular home ad @AHMA_BC and the first nations.

British people are not protecting their communities and networks to find a home. #BuildingBC #bcpoli https://t.co/io4N0sPqTs

BC Homes will work with non-profit non-profit indigenous people and First Nations to finish the projects over the next few months and a second call foreseen for the spring of 2020 will be held.

The announcement was endorsed by the United Nations representative groups, but they had to do more work.

"Due to the many situations in which housing has been funded by the United Nations community, the policies and models of the federal government have been interrupted for decades with our needs and non-fluctuations," said B.C. Territorial Director Terry Teegee. United Nations statement.

"Land financing will be abandoned, but we still have a long way to ensure our continuous growth and quality housing, and we continue with two levels of government to reverse the crisis, which has become a huge challenge."