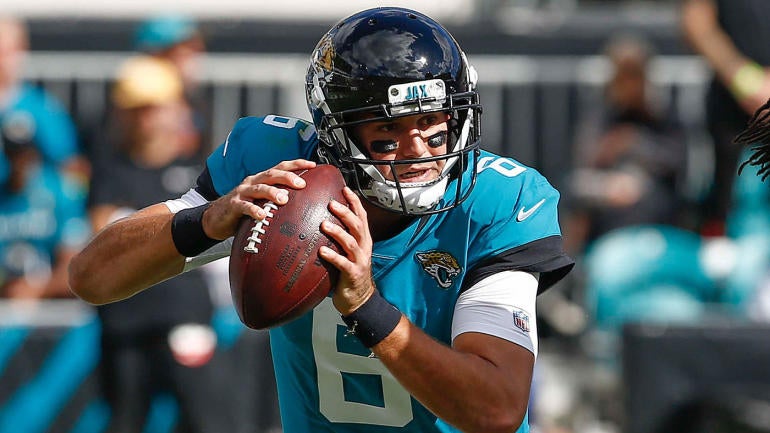 The Jaguars decision to fire their offensive coordinator It was not the only big move they made on Monday. The team has also decided to bench Blake Bortles.

Jags coach Doug Marrone announced that Cody Kessler will be the team's starter when Jacksonville hosts the Colts this week (Sunday, 1 p.m. ET, CBS, stream on CBS All Access or stream on fuboTV, try for free). It will be Kessler's first start since 2016 when he started eight games for the Browns and went 0-8.

"I had a chance to talk to both Blake and Cody and I told both those guys the same thing," I'm making this change to give us an opportunity to win a football game, "Marrone said, via the official Twitter's Twitter account." Cody knows the offense. I talked to him and told him what's expected of him. "

One thing that Marrone was not clear about was whether or not this move would be long term. The Jaguars coach offered a vague answer when he was asked if Kessler would be the starter for the rest of the season.

"My plan is for him to go there and play," Marrone said. "He's done a good job. He appreciates the opportunity."

The news of the Bortles benching came just hours after the Jaguars decided to part ways with offensive coordinator Nathaniel Hackett. The Jaguars passing game has been disastrous over the past few weeks and instead of pinning all the blame on Bortles, Marrone also decided to get rid of Hackett.

When Hackett was fired on Monday, he actually thought he was being called into the coach's office to talk about a potential quarterback change.

Ironically enough, the quarterback change eventually happened, Hackett just was not around to see it.

The Jaguars were not left with a lot of options with Bortles after watching him suffer through another ugly performance. In a 24-21 loss to the Bills on Sunday, Bortles completed just 12 of 23 passes for 127 yards while also throwing two interceptions. Over the past few weeks, the Jags have done everything possible to take their offense out of Bortles' hands, so taking him completely out of the offense by benching he was obviously the next logical step.

This is actually the second time this year that Bortles has been benched. The Jags quarterback It was pulled during the third quarter of a 20-7 loss to the Texans in Week 7. In that game, Bortles lost two fumbles before Marrone eventually decided to put Kessler in.

The benching of Bortles comes less than nine months after he signed a three-year, $ 54 million contract extension, which could make things awkward this offseason. The Jags will not be able to just cut Bortles in 2019 and that's because he has a dead cap hit of $ 16.5 million. Basically, they're tied to him for at least one more year unless they can find a trading partner.

Marrone was actually asked about Bortles' future in Jacksonville and let's just say, that's not really on his mind right now.

"My focus is on right now, doing what I have to do," Marrone said. "I'm trying to win football games. The future focus and all that stuff, looking back, I can not afford to do that."

The Jaguars, who have sky high expectations after making it to the AFC title game last season, have lost seven games in a row, which is currently the longest losing streak in the NFL.