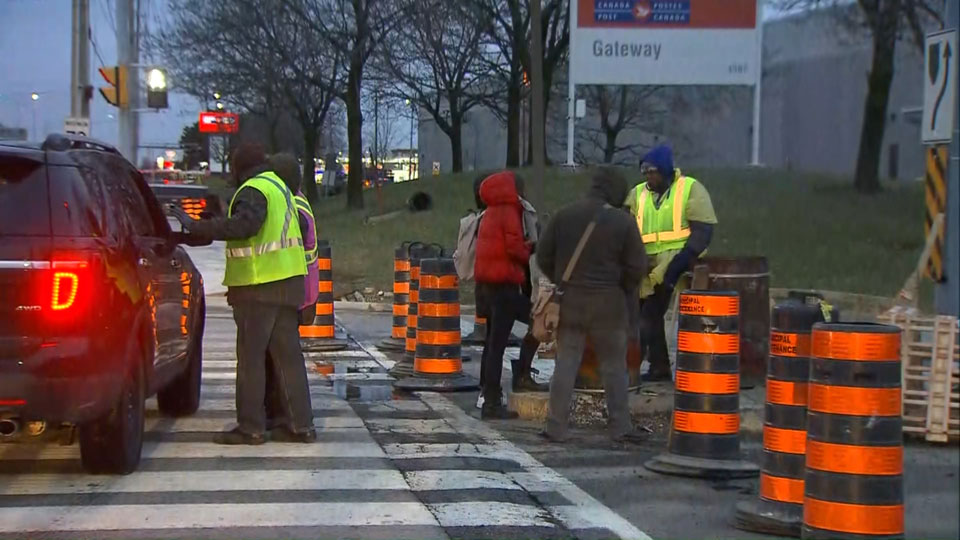 Canada Post workers across the country are heading back to work after the Senate passed legislation Monday night to end five weeks of rotating strikes.

Mail service is expected to resume at noon Eastern Time on Tuesday but the union's executive committee is currently meeting to decide whether to fight the legislation.

The Canadian Union of Postal Workers (CUPW) Toronto's local president Megan Whitfield told CityNews that the union has been blocking entrances to distribution facilities since 10 p.m. on Monday.

The government considered passage of the bill to be urgently due to the economic impact of continuous mail disruptions during the busy Christmas holiday season.

The latest figures suggest there are more than 500 tractor-trailer loads of mail being held up in parked vehicles at Canada Post facilities.

The union issued a statement declaring it's "exploring all options to fight the back-to-work legislation," saying postal workers are dismayed and outraged.

Negotiations have been underway for almost a year, but the dispute escalated more recently when CUPW members launched rotating strikes October 22.

Those walkouts have led to backlogs of mail and parcels deliveries at the Crown Corporation's main sorting plants in Vancouver, Toronto and Montreal.