"Challenge crushing!": Sask. The suspect has been arrested after police taunted with Facebook 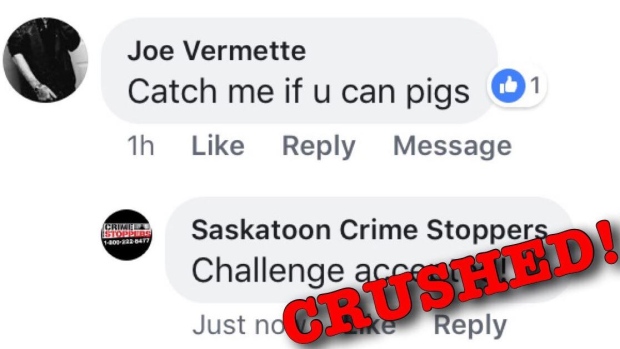 When there was a snapshot of participating in the Crime Stoppers Facebook page on Saskatchewan's various post office sessions, he received an apparently listening response.

The police say he does not deal with charges.

"The challenge heard throughout the province has been approved and it has been frustrated!" Crimean Stoppers wrote on Tuesday.

"Someone continues to create a guilty challenge," they added.

Ryan Ehalt, coordinator of Saskatoon Crime Stoppers, said CTV Saskatoon last month did not address the organization to Vermette at the time of the comment, but "jumped to the top of the line".

The second suspicion continues with the mailbox break-in connection.

The "Challenge" has been heard throughout the province and has been successfully crushed! Leslie "Joe" Vermette du …