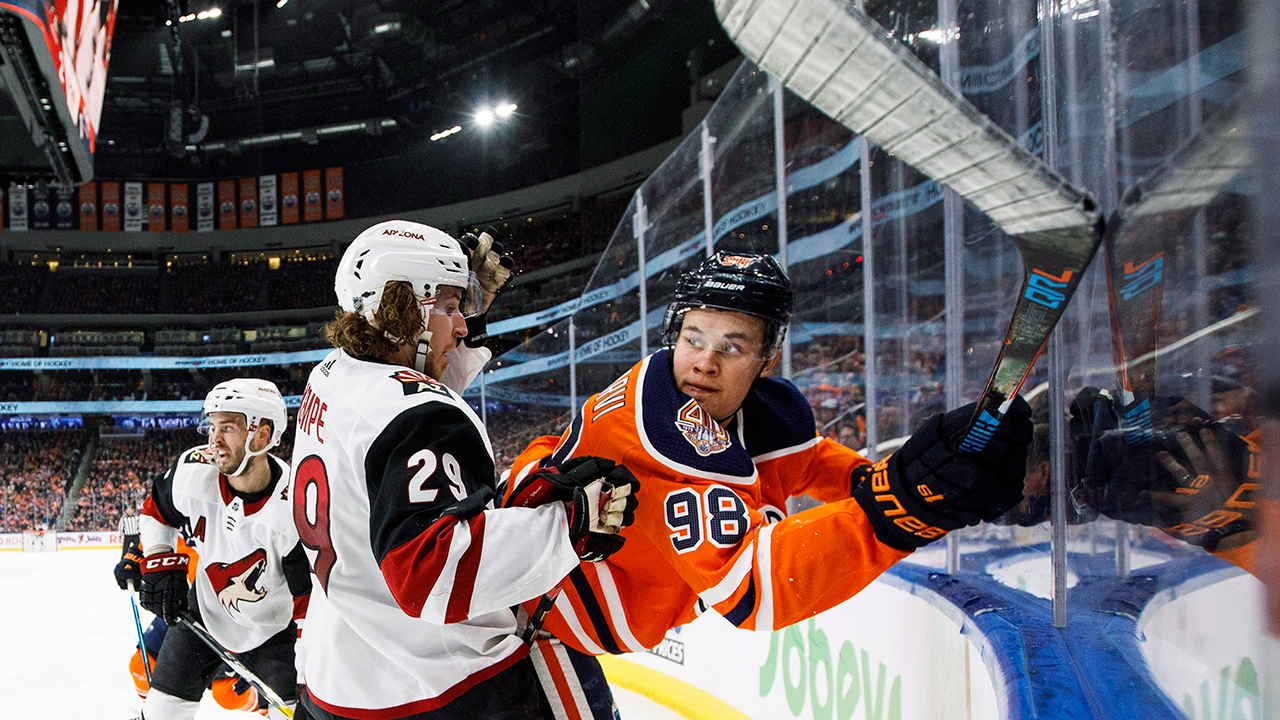 EDMONTON – Conor Garland did not need his stick, the main factor that won the Edmonton Oilers Arizona Coyotes on Saturday.

Garland recorded one of the power-play goals, dropped the ball and dropped the blood and left another skateboard, winning Coyotes over 3-2.

"I was not very sure about myself," said Garland, who needed 10 points, to get puck left over his eye. "I came to one, and then I saw the blood and when I was in the ice, someone said" nice purpose ", then I noticed it. Then I saw it in the room that was in the TV room.

"I was a pain, but I wondered how it came from the blood. I do not know how to describe it, I have to go online if I want to play this league and the goals I want to achieve in the blue line."

"Everyone helped me tonight, I thought there was no trip," said Coyotes coach Rick Tocchet. "After achieving these two goals, we could say we got some confidence. We dropped four lines and everyone helped her tonight."

"We've had bad bounces, of course," said McDavid. "One guy goes to the face and another goes back to the end of the ribs. You can not just blame. That was better, sure."

Oilers made seven-minute shots at the door as McDavid set aside some defender, and Coyotes goalkeeper Darcy Kuemper fired for season 27 season.

Arizona scored a point ahead of Oesterle a minute before finishing the match, achieving the best Ed Camden change.

Oilers punished him for the scoring and Coyotes for a scary play and Garland stepped in on his face and went in. Garland poured blood back into the dressing room, but the game came back again.

Edmonton left the game three minutes later on the left, and when Puck shot Russell, Kuemper won the second goal of the season.

Garland returned to a third position and scored a second goal in a power play in a minute, when Puck skipped with his sixth goal in his last four games.

Coyotes finished three games on Western Canadian road on Sunday in Calgary, the roost next Thursday from Buffalo Sabres.