Family, after talking to the lawyer, shows video to take newborn CFS in Winnipeg 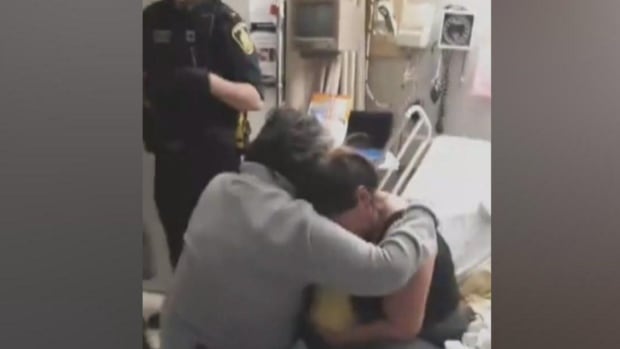 The families of a newborn Facebook, Manitoba Children and Family Services and police have taken their grief on Friday.

"When I was trying to get sick, I would see her face," said her new aunt's mother at a press conference earlier this month, a term used by CFS.

"I was so worried. Is it eating, is it crying?"

The baby arrived at 4 p.m. CT Thursday, the family said. The Facebook video seen is being invited by a family lawyer at the First Nations to call a press conference.

The family says the baby thinks it will go back.

"It is very disappointing to manage how things were. They were blind," said the mother of babies in the speech. "It's just a giant letdown, and it's amazing how far this came from."

This is a Facebook video shot on Thursday, a clip made by this virus. The police and the CFS staff arrested a newborn, the CBC video has been released, as a result of a lawsuit that avoids child identification. 1:12

On Facebook video, whose message was filmed in the San Bonifacio hospital room in Winnipeg, the baby came from her mother, sitting in the hospital bed and surrounded by family members.

"I will do better for you," her mother says at the beginning of her baby. "You better deserve it."

The police insisted that he should report his child. The family can give more time to their friends, wait until they reach other employees, to allow family members to take newborns or visit their mum again.

They have been arrested for 2 days

Melanie Ferris, the head of communications from the Chiefs of the First Nationwide Family Defenders in the Manitoba Chiefs, said that her baby was two days after the holiday.

His mother, 38, lives in Winnipeg and is a member of Garden Hill First Nation, Ferris said. The man who filmed the video is his uncle. The other room is the aunt of a woman.

Const. Tammy Skrab's Winnipeg police said the officers sometimes refused newborns and small children to support CFS staff. The family knew that he would take the baby ahead.

The child was taken care of by the CFS to another hospital area, he said.

Cora Morgan, the Manitoba Chiefs First Nations, is summoned by the General Assembly at 10:00 p.m.

The family tries to disassociate their children from sharing their story to their families, informed the family's defenders' offices.

According to the spokesman of Manitoba for children and youth, the office is aware of the incident and reviews the videos.