Geologist: The prehistoric reptile has left floods in the Grand Canyon 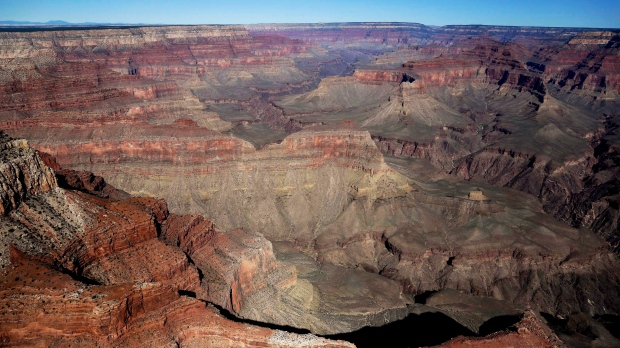 LAS VEGAS – A geologic professor at the University of Nevada (Las Vegas) said recently identified fossilized tracks from a reptile in a well-known narrative on the Grand Canyon National Park, a newspaper said.

He began to theorize Professor Steve Rowland, the size of a baby's cone and the most primitive reptile, and emerged around 315 million years ago. The Thursday magazine was released in Las Vegas.

The 28 stonework runs diagonally across the shores of the Grand Canyon's Bright Angel Trail.

For the first time he saw recordings on family vacations, and said they were "very extraordinary". He said that he was seen in geology from 2016 onwards.

Scientists probably do not know exactly what animals have left their tracks, Rowland said, a creature of a star is believed to have 2 feet (0.6 meters) in length, like an iguana in Galapagos.

He talked to the park officials, he wanted to move the gun with what he had to do with his recordings and move on to the gorge and take him to a museum.

"This may not happen," said spokeswoman Kari Cobbek.

It removes the rocks and shows the mission of the National Park's service to preserve its natural resources elsewhere.

"However, we can put an interpretation signal to what people are telling," said Cobbek.