Jesus was saved: Where was the stolen statue? the birthplace scene has been found 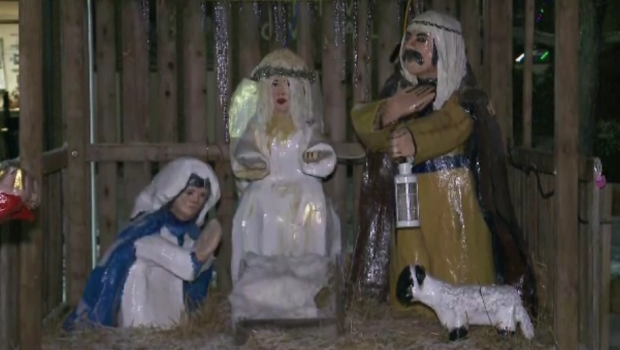 It's a 20-day-old Christmas wonder: the baby Jesus was stolen from the birthplace of Ottawa.

Image of four kilograms is believed to have been taken from Renfrew, an outside screen of Ont's Town Hall. During the weekend, it's likely across the town's Santa Claus Streets.

On Wednesday morning, he appeared in the nearby car park and went back to the screen.

Previously the ice was stolen in 2015, the New Year's party.

The figurative baby Jesus was part of the birthplace of the girl's birthplace at the Renfrew Town Hall car park when someone appeared to have fallen in the morning. #ottnews pic.twitter.com/pCo5YflO0d