President Unifor calls it "F *** You" with the Ford Premier talk 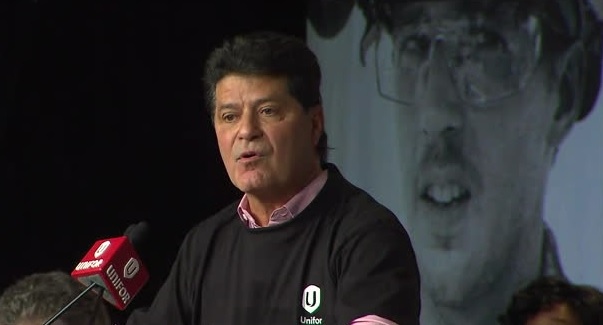 "You need to know that, I would never do that, I am a public person, I have to do a lot of work, and I will talk with our members on any day, I will talk to anyone," said Dias. "He never made known in the social media, I never knew."

Dias then went to the voice mail box last week when a man called "the most absurd scarf" because he had opposed the construction of the pipes.

"That was probably the most elegant I got," he said.

Last week, General Motors Canada has reaffirmed Oshawa Assembly Plants, with the construction of four 500 vehicles with more than 2,500 Unifor workers, which would close to the end of 2019.

During the question period last Monday, Ford said the GM legislature called on the "ship that already left the door" to persuade the manufacturer, as the Ontario taxpayers helped in 2009, on the contrary side of the course.

This statement allowed the opposition and Unifor to criticize Ford for their employees not fighting them, PCs said something was not fruitful, GM was not interested in negotiating with federal and provincial governments.

Ford has said that the NDP and Unifor suggest "avoid false expectations" by avoiding the closure of the GM.

"(Ford) the bull said to all of us, saying that we were fighting, he was not merciful, we are going, I tell you," Dias said.

The GM Oshawa GM started operating in 1953 and had ten employees.

Dias spokeswoman later called for a pardon for direct TV rumors, "he said, working on the GM Oshaw's situation".