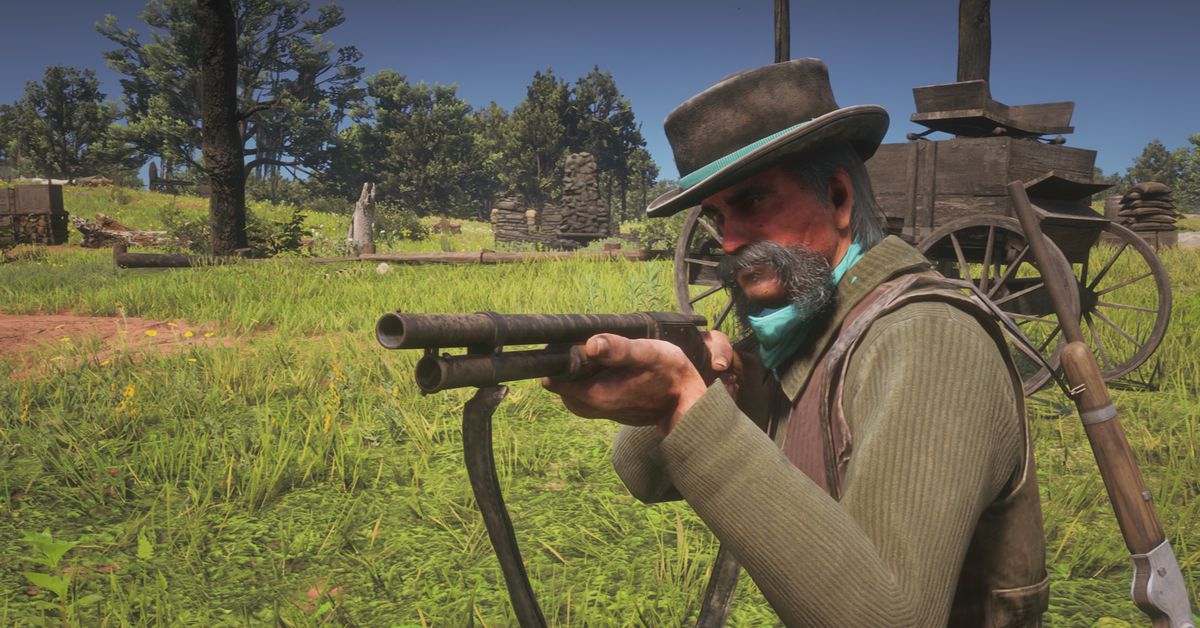 Red Dead Online is here, and it's as huge and ambitious as Red Dead Redemption 2. It also requires learning some new things, even if you have invested dozens of hours into the campaign. In this guide, we'll help you get started, give some detail that Red Dead Online does not and offer some advice on the best things to do to get ahead.

In a game called Red Dead Online, you should play together. Others are already doing that, and Posse of three or four will beat a lone wolf pretty much every time. (We speak from experience. We just wanted our wolf pelt, but those jerks stole it and killed us a lot.)

If you want the kind of solitary bliss that Red Dead Redemption 2 can offer, single-player is your mode. It's best to treat Red Dead Online as the multiplayer game that it is. And we'll get into how you can do that below.

What can you do in Red Dead Online?

What can not you do? Just about everything you can do in regular offline Red Dead Redemption 2 is available in Red Dead Online. You can still hunt, get a haircut, hunt for treasure and play story missions. The main difference here is you will be doing this while inhabiting the same world as other players (some of whom really want to kill you just for fun).

There are plenty of missions, events, and distractions that are unique to Red Dead Online as well. Those include:

What you can not do in Red Dead Online

Pause the game. Because it's, you know, online.

Showdown Series events are team-based, competitive matches where you play with matchmade strangers, your Posse (more on Posses below) or some combination of them.

At launch, there are several Showdown Series modes:

Posses are a way to join forces with other players. They always include Posse Leader who sets up the Posse, but one is more, well, hardcore than the other.

There are two types:

To create Posse, press left on the D-pad and select Form Posse from the menu. You can use the Player section of the same menu to add Posse Members.

Solo players have a Player Camp, which is like a hybrid between the gang's Camp in the Red Dead Redemption 2 campaign than the ad hoc Camp you can create in the wilderness during the campaign. If you're in a Posse, you'll have a Posse Camp.

Camps offer a safe place to rest – as long as you find and raise the white flag – access to your Wardrobe, a place to craft and cook – and, after upgrading, even fast travel.

If you buy certain items like ammunition from the Handheld Catalog (it's in your Weapon Wheel or you can press and hold left on the D-pad), they'll appear in a Delivery Box in your camp (You can also pick up those deliveries up at a Post Office.)

It's worth noting that other items like weapons appear in your inventory or saddlebags instead of being routed through the mail.

Just like in Red Dead Redemption 2, your actions will affect your Honor in Red Dead Online. Some of these actions will be obvious – like whether or not to leave someone tied up on the train tracks – while others are more subtle (but still intuitive) – like bonding with your horse (s).

Honor can affect the missions you're asked to complete. If you've kept a high Honor, you'll get more white hat missions like protecting wagons, but if you tend towards the outlaw end of the spectrum, you'll get missions like breaking out fellow outlaws out of jail.

The best way to make money

After you have completed the intro mission, hit left on the D-pad to open up the Free Roam menu. Scroll down to Quick Join and select Story Mission On-Call. You are welcome to do this with our friends without in your Posse (aka Fireteam). These missions seem to be out at four, so full, four-person Posse will not be able to join.

We've expanded this process, which allows you to join others and play story missions, in our guide to making money in Red Dead Online, and you get more detail there. The upshot: You will earn good money for helping others, but there are limits.

Also, do not think you're getting rich is going to get you everything you want – almost all of the items in the Handheld Catalog are gated behind your level. And to earn levels, you'll need XP.

The best way to earn XP

The short answer here is the same as above: Keep doing Story Missions and making yourself available to matchmake into others' Story Missions. You might not make a ton of money every time, but that XP will add up.

The world of Red Dead lends itself to a certain degree of lawlessness. You're going to get shot for no apparent reason. You'll get ridden down in the street. It happens

But if it keep happening, there's a system in place to help you work it out and bring a little law to the lawlessness. If you and another player end up in a cycle of murder and revenge (or murder and spite), you will trigger one of two options.

The option to Parley or Feud appears after you've been killed by someone four times. After either has concluded, you and your tormentor (or the person you are tormenting and you) can go right back to killing one another. But you'll get the Parley and Feud options sooner.

You can purchase Ability Cards from the Abilities menu (which is in the main menu). You will get your first Ability Card for free during the introductory mission, and the next couple cost $ 50 each from within the menu. You can equip (or unequip) them from this menu, too.

The first Ability Card slot you unlock is for (and called) Dead Eye. It's active, meaning that you have to invoke Dead Eye to use it. (Later, you'll unlock slots for Passive Ability Cards, whose effects are always active.)

Unlike the campaign, Dead Eye does not slow down time in Red Dead Online (because this is a game that is online and that would not work). Instead, you get something like the Dead Eye you're probably used to, but with a twist. For example:

You also have level up ability cards as you gain XP. (You can see the XP you've gained when you're hovering over the card in the Ability Cards menu.) Each card has three levels (or tiers), and each enhances the ability.

You will have to buy Horse Insurance during the introductory mission. Technically, insurance lets your horse "automatically recover over time if it's critically injured." Practically, the horse you buy for will not die and disappear forever. It'll heal in time.

If you have an uninsured horse you own "days," you have to pay to heal them at a stable. If you have insurance, there's no fee.

It's a great policy. But you have to buy it for each horse, and the cost appears to be based on the horse's quality. If you've got a really good horse, it'll cost you a ton in gold bars.

Keep in mind that Rockstar is launching Red Dead Online as a beta That means things can and will go wrong. We've seen it happen, from connectivity problems to missing loot and XP from missions and even a disappearing minimap.