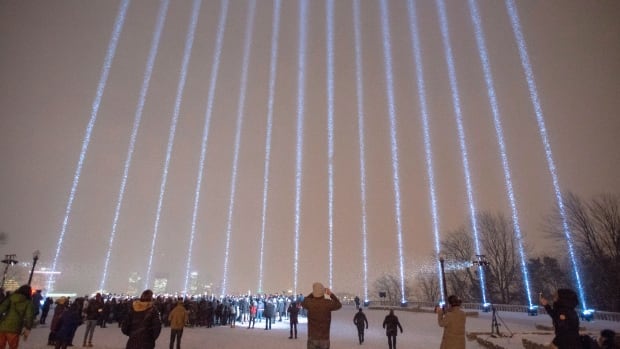 Hundreds of people underwent cold and snow in the annual Montreal event, on December 6, 1989, 14 women of the École Polytechnique were killed.

Fourteen lighting beams per victim – Montreal skyline darkened at 5 p.m. and at 10:00 p.m.

The Prime Minister, Justin Trudeau, attended the ceremony to celebrate the 29th anniversary of the feminine death of Valérie Plante, President of Québec, François Regault, and Montreal Mayor, along with neighbors of the friends and family of the shooter.

After the lighting of the Mount Royal belvedere, the women who remembered the cart and made a minute of silence.

Lighting lights for all women killed in the Police Massacre. That's why I see it cold. If you are in Montreal, look at the mountain and you can see the lights. #polyjemesouviens pic.twitter.com/ObTBv2HIkv

After Plante's event, it's very important to think and cure each other with Montreal.

"It's a special moment to reach the Mount Royal and look at the lights," he said in French.

"We are in the mountains but you can see it all over the city. It's important to get closer to us, people want and need to be together and kill these women to remember 14 women."

The Anniversary coincides with the National Report on Violence against Women and National Action. 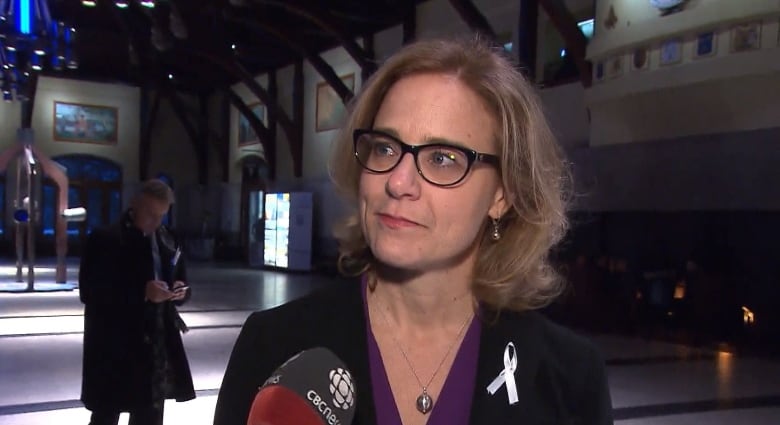 "I think we need to remember the need for society 29 years ago to continue trying to better," said Catherine Bergeron, who shot Geneviève's sister. (CBC)

Catherine Bergeron, her sister Geneviève died in the attack, said CBC News for years, this memorial means a lot to her and her family.

"For me, it's very important to remember my sister Geneviève, died 29 years ago," he said. "My sister is a perfect memory, who was the sun and the light."

Bergeron said unfortunately that violence against women is not a thing of the past, and yet there is still a long struggle.

"In my opinion, in the opinion of society, it is better to recall what happened 29 years ago."