The mum loves healthy mumbling in the Congo Ebola 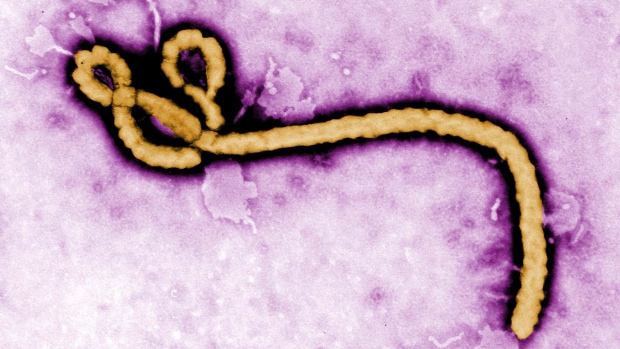 JOHANNESBURG – A four-day baby is a wonderful place in Congo's fatal Ebola. On Thursday, the Ministry of Health appointed a first-born mother who had recovered the virus.

"Baby Sylvana" is healthy and Ebola does not, the health ministry has said. He tweeted a child's photo, his mouth softened openly or shouted openly, smiling at his mother's arms.

It is the first occurrence that emerged from the mother of the recovering baby, the health minister said. This is rare, even if babies have survived the Ebola outbreaks. Mom was found the last month of the virus.

Sylvana's baby was born on Sunday in a Ebola treatment center in Beni, where aggressive attacks were threatened by attempts by health workers to make an appearance. The community's invaluable resistance to the region has also witnessed the onset of its first Ebola occurrence, misunderstandings, vandalism and even the usual health-care workers.

Challenges have been made by the Congo health ministry. In the last month, since the adoption of babies at Ebola treatment center, six days later, the virus was recovered. The minister called the baby Benedict, his mother had Ebola and died in childbirth, the youngest survivor of the event.

In experts' assessment, Ebola is worried about pregnancy. Children report more than a third of all cases, UNICEF said last month. In the case of Ebola, it is a child under the age of 10 years, said he said, and children who contract bleeding fever are more likely to die than adults.

In addition, hundreds of children have been orphaned on this occurrence.

Ebola cases have been historically reported in babies a few times, but experts believe that transmission could be closely related to breast milk or infected parents. Ebola is usually spread through infected body fluids.