The redblacks chainsaw straight back to Gray Cup 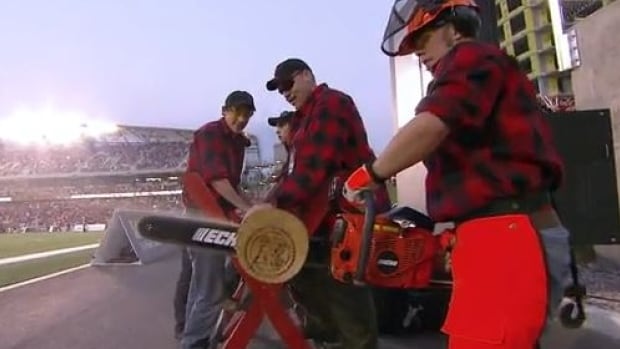 After three years, Lumberjacks in Ottawa will return Redblacks to the Gray Cup at Edmonton Calgary Stampeders this weekend.

Algonquin College Loggersports was banned from the 2015 Gray Cup, the CFL told Redblacks that they would give unfair advantage.

The ban continued in the 2016 Gray Cup, because there was no place at the Toronto BMO area.

A @TD_Place The tradition is making a trip to Edmonton!

This year, CFL has reaffirmed, and a group allows cutting a "cookie" without logging, when Redblacks touches one point. The cookies are marked on the Redblacks logo and are given to a special fan.

Sunday's match is 2015, when Redblacks won the Stampeders title. That year, there were no contests, neither did Quick Six touch Calgary's pitch at the pitch.

With Lumberjack, Quick Six will be back this year.

What is the battlefield in Edmonton? ? pic.twitter.com/AEIlLXY0lS