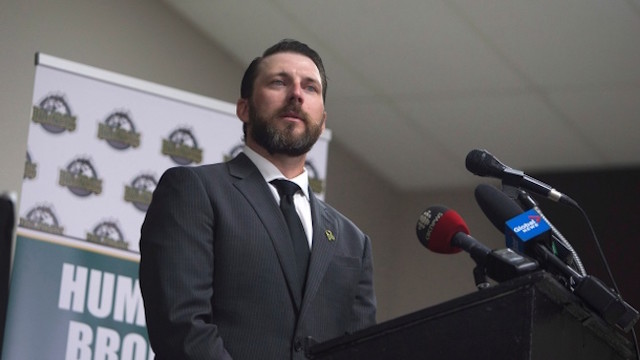 He has been the CEO of Nathan Oystrick and Humboldt Broncos.

The 36-year-old Regina was hired in July, after three months, 16 junior hockey team members, including former coach Darcy Haugan, were killed at the bus station.

In a tweet, Oystrick said: "Even though the extreme stress and the constant pressure that was being worked on with the organization, I gave it all I could and I was proud of their performance, and mine, this season."

Oystrick said that another statement would continue.

Broncos fourth in Saskatchewan Junior Hockey League on the 21-1-1-2-1 season.

Oystrick, the coach at Broncos, was more than 50 attendees.

He selected the Bronze Age's annual news story and annual story in 2018 at The Canadian Press's annual survey.