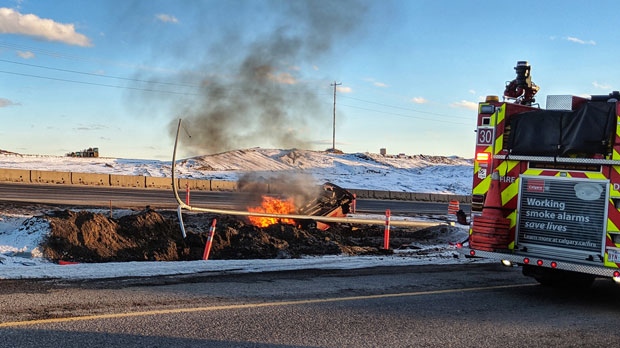 Officials say two people are being hospitalized after the vehicle, after freezing and catching on Saturday afternoon.

The police said before 4:00 p.m., a car lost control and followed the standard light and eventually ended.

The vehicle went into the fire, but two workers fled the disaster.

The police are investigating the cause of the crash.