U.S. The radio plays "Baby, It Cold Cold" in the middle of the MeToo movement 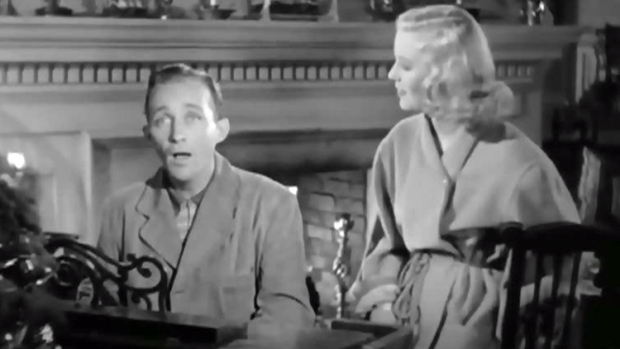 Cleveland radio station "Baby, Out Cold Outside" will continue to play classic 1944, citing the MeToo movement and how it could be.

Station WDOK Christmas song 102.1 is being sung in the listener's audience to see this song as a daily and daily issue.

On Thursday at the station, Desiray said Fox 8 / WJW News decided to listen to the songs on Thursday as saying: "It was not really our decision, it's our decision of our audience."

The MeToo movement, based on Harvey Weinstein's anti-commodity storytelling reports, denounced the female score with strong images of aggression and harassment.

Since 2017, the movement has led to sexual harassment, permitting and rape on culture, and people re-evaluate films, TV shows and songs "Baby, It Cold Is Outside".

In the song, the female voices sing "I can not really be", because men respond "but the baby is cold outside" and "Beautiful, what's in your hurry?". In short, the words "My mother will start to worry", "I do not have to tell, no, no" and "What is it in this drink?"

In the afternoon of the station Glenn Anderson accepted it on a blog post on the WDOK website, which initially did not understand how the lines could be "read until".

"Now, I realize that when the song was written in 1944 it was another time, but now it seems very manipulative and incorrect," said Anderson, "the world we live is very sensitive today."

"People are easily insulted, but when MeToo finally gives her a voice, the song has no place."

Duet wrote for American singer Frank Loesser, along with Lynn Garland's wife, for friends for dinner members. After years of the song, he sold the sale of MGM studio for 1949 in the romantic comedy "Neptune's Daughter".

The spokeswoman for the radio station was not available to comment on Saturday, and could not determine the 1949 version or all the covers of the song.

Since the station's decision has been broken, they have refused to comment on the Facebook page of the station, whether it's classical or inadequate song.