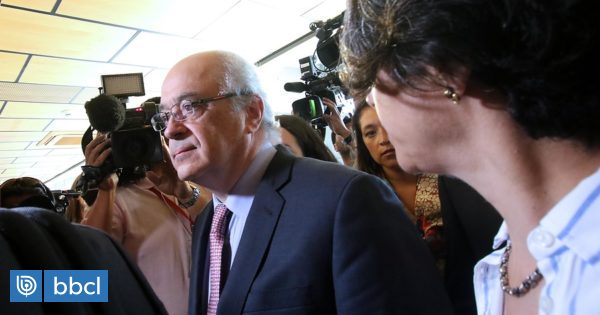 Manuel Álvarez Zenteno, former chief of oncology at the clinic, had a precautionary measure. prohibition to approach the victim for 120 days of research.

Álvarez, along with his defense attorneys, assures him absolute innocence In fact, he also accused the doctor of being "a victim of conspiracy".

Susana Borzutzky's attorney lawyer has said that this day "destroys the defense theses as a consequence of the supposition or eventual supposition that took place during the formalization period and that of her defense (in the case of the accused) It has approved precautionary measures without controversy ".

November 2016 are events of 2017 when the physician was given a chemotherapy questionnaire for the patient. According to the prosecution, incidents would occur inside the premises the cameras were not there inside the room.

According to the prosecutor, one day a nurse noticed the situation and asked the victim, who was denied ill treatment, what was He testified to this nurse before the PDI.

He prosecuted the prosecution the abuse of vulnerability Situation of the patient during the events.