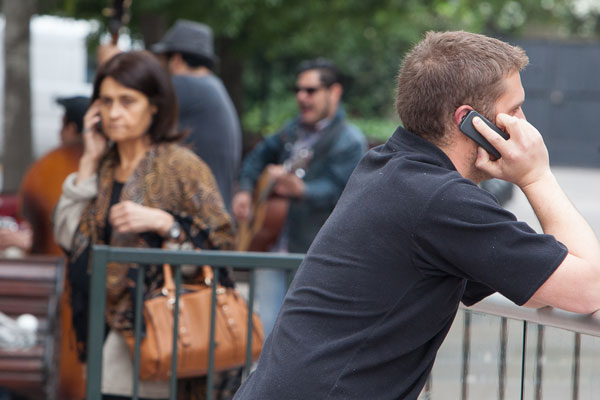 It is expected a tough battle between the dominant (Movistar and Entel) and the challenging (Wom, VTR, as well as Claro) on the prices that will govern the sector in the next five years.

The Government presented its proposal to set mobile phone tariffs that will govern the industry between 2019 and 2024. The decision of the authority already provides for a tough dispute between the dominant (Movistar and Entel) and the challenging ones (Wom and VTR , in addition to Claro) on the prices that will govern the sector in the next five years.

Through the Subsecretaría de Telecomunicaciones (Subtel), an average loss of around 80% was raised in the access charges, which is the charge that one phone to another makes to end a call in its network and that represent about 95 % of the final rate.

According to the Law, the access charges are fixed every five years and the last process that was carried out in 2014 concluded with a reduction of 73%. Today, the average is $ 8.76 per minute.

For the current process, the Subtel proposed an average access fee of $ 1.5 per minute, which seeks to generate greater competition in the sector.

The Subtel made public the so-called Objections and Contrapropositions Report, which is the statement made by the Ministries of Transport and Telecommunications and Economy to the tariff proposals made by the concessionaires.

In the event that there is no agreement between the undersecretariat and the companies, the latter may request the opinion of an expert commission. The idea is that the decrees are ready on January 25, 2019.

However, since a tough battle is already expected.

Movistar and Entel, who lead this market with a participation of over 60%, proposed a reduction of around 35%. In the case of the signature based in Madrid, Spain, an access charge of $ 5.88 per minute was proposed, while the company linked to the families Hurtado and Matte proposed that the figure be lowered to $ 5.71 per minute . According to companies, a very low drop in access charges will affect lower investments, which would result in a poor quality of services for users.

For its part, Claro, VTR and Wom raised a low average of 94% in the access charges. In the case of the operator linked to Mexican mogul Carlos Slim, $ 1.27 a minute was proposed, while the last two phone calls went further and requested an access fee of $ 0.16 and $ 0.22, respectively.

For these companies, a lower amount will enable the generation of greater competition in the industry, which will have lower prices for subscribers.

These three companies, because they have a smaller number of subscribers, must spend more resources for access charges, unlike Movistar and Entel leaders.

The tariff process, as the authority has raised, is technically technical. However, if expert commission is reached (companies appoint an expert, Subtel to another and a third party in common), in the industry it is expected that the negotiations will include intense efforts on the part of certain actors to assert their position

In this instance, it is estimated that the Subtel proposal could rise around $ 1 a minute, thus the final rate would be around $ 3 a minute.

According to figures this March, almost 58% of subscribers to mobile telephony, about 13.7 million users, belong to the prepaid segment; That is to say, they have not hired a business plan with a company. These customers will be the most beneficiaries with a low rate, as they pay on average about $ 60 per minute.

Likewise, it is expected that customers with a contract, just over 10 million, will also be favored by the greater competition that would be generated with a reduction in access charges.

Among the most expensive of the OECD

Chile is among the 10 OECD markets with the most expensive mobile phone and mobile internet prices.
At the end of last year, the club of the richest countries in the world developed new methodologies to compare the retail rates of telecommunication services in order to evaluate the levels of prices paid by consumers in the nations.
For the case of the broadband service and mobile voice of an average user (with Calculations to Parity of the Power of Purchase and with figures to May of 2017), the basket OCDE has an average value of US $ 29.78 with VAT included.
Luxembourg leads the ranking with the lowest rate: US $ 9.85, while Greece closes the list with a price of US $ 82.84.
In the case of Chile, the value of the basket for an average user is US $ 41.32, which includes a data plan of 3GB and up to 600 minutes to talk from the cell phone.