“I was crying”: Alejandra Fosalba remembers the dramatic scene she recorded in ‘Someone Looks At You’ | TV and session 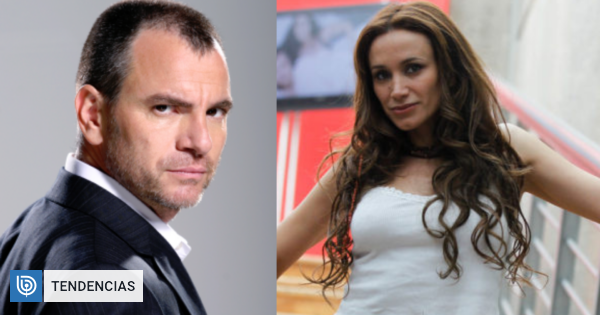 TV series Someone is staring at you, From 2007, is still in the memory of several Chileans. A powerful production, about a serial killer who ripped out women’s hearts, and police could not identify him. The actor Alejandra Fosalba, recalls one of the strongest scenes he had to record in the production. “I was crying for half an hour more,” he said.

In conversation with the podcast King of Drama, played the role of performer Matilde She said the most marked recording of her ex-husband, Julian Garcia (Álvaro Rudolphy), is a femicide.

“Luckily there were two scenes that lasted two minutes on the screen (but) I was filming for two hours!” He recalled.

He added “things happened with the actors, it’s not that easy … you have the movies, the camera, I don’t know what. The actors are super personal things. The scene was very important, very powerful and had to be done in the best way possible.”

Fosalba assured that the filming is repeated “often” for two hours. “I didn’t have tears in the end,” he said, and “when it was over I couldn’t get out of that emotion I cried outside the camera for another half hour. ”

According to him, Rencoret would be worried about his emotional state. However, he managed to get over it after being asked to “be alone” for a few minutes.

The explanation for the reaction is, “The body doesn’t know if it’s acting. It’s not really sad. My body was still overwhelmed. It was the first time I felt that duplication between body and real emotion.”

The soap opera was later adapted by the American channel Telemundo; which takes into account national and international success.

Fosalba, today came to Megara to be part of TV series Hidden Truths. “This work has that miracle that always amazes you and can turn your career upside down. I didn’t expect it and no one told me anything, it just happened, ”he said after learning about his new project.