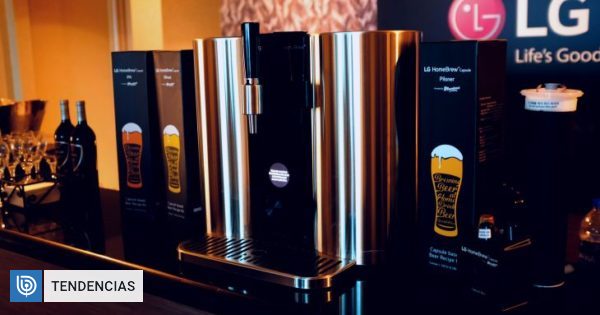 Within the Consumer Electronics Fair CES 2019The South Korean multinational presented LG this week LG HomeBrew, a machine that allows you to elaborate Beer of different varieties through capsules as if it were a coffee machine.

According to the news portal Xataka, LG's use of capsules has malt, yeast, hops and aromas.

The devices handle the entire process of processing, fermentation in carbonization and the aging process of the drink, so the process is not as fast as a coffee machine until it reaches the end Approximately two weeks Prepare for five liters of drink preparation.

As an additional feature, when the product is finished, the device Wash yourself before the next cycle It involves an autonomous process based on the special use of hot water that removes waste and maintains water hygiene. In addition, the entire process can be followed mobile application When the beer is ready to be consumed, it informs the user.

There is a beer that is different from production, IPA American, Pale Ale American, English Stout, Witbier and Czech Pilsner.

The simplicity of the machine is designed for the general public press a button It is responsible for all machine processing, thanks to aging thanks to carbonisation.

In addition, the capsules will be co-operated with the British producer Piles, one of the largest malt suppliers in the world.

After the presentation, LG does not specify the date of launch and the price that will not be the product.