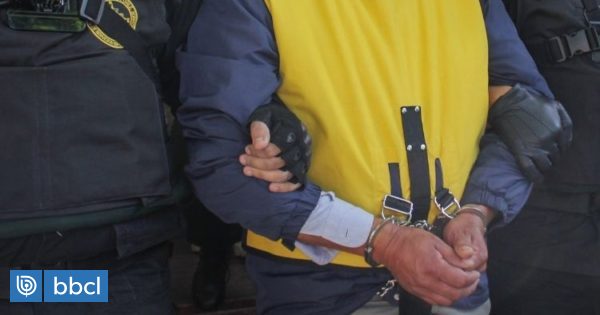 In he left a pretrial detention member of the Mapuche community Accused of shooting police at the march marking the anniversary of Camilo Catrillanca’s death on Saturday at the Collico entrance in Ercilla commune, in the La Araucanía region.

He was identified by a police uniform drone Quelentaro Anibal Figueroa Queipul, was arrested this Monday in the municipality of Talcahuano, in the Bío Bío region.

The Prosecution of high complexity in La Araucania has coordinated procedures Anti-Narcotics Brigade and Organized Crime Angola PDI (Brianco), which allowed the arrest of a community member while he was treating some wounds in the port of Bío Bío.

In this context, the individual was formalized during this Tuesday Collipulli Court of Assurance attempted homicide, possession of an illegal weapon and wrongful shooting offenses.

Based on the arguments presented by -K Public Ministry, the bail judge decided to order the preventive arrest of Quelentaro Figueroa. In parallel, the court set a three-month investigation period.