Still a King: Vidal fans preferred the best Barcelona surge in football in 2018 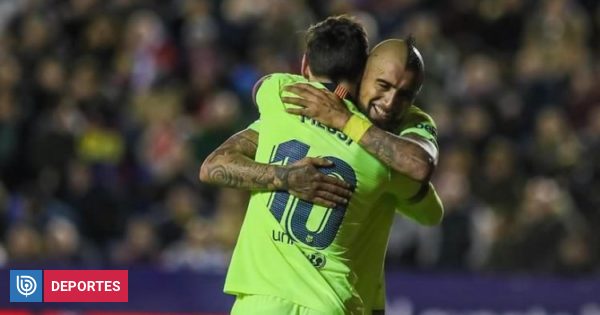 
Arturo Vidal It crosses one of the best moments of his career and nobody can deny it.

The entertainment, talent and spirit they want to wear in Barcelona shirt is not only praised, to win the love of Catalan fans.

The latter was shown in the Spanish portal. The prestigious media has done a survey, so fans of the "azulgrana" have voted to join Barcelona.

That way, since Chilean won a total of 3,503 votes were taken, beyond the vast margin of other members and the best recruitment of the summer market.

"Chilean understood his team as a group where the stars are different and has been more important for the passage of games, "said Sport, who is in charge of voting.

He underlined that his future was Brazilian ArthurAfter receiving 2,469 votes, more than Clément Lenglet overcame the 1.418 "#. and Malcolm had only 170 predecessors.