The Bishop of Temuco calls for "a greater speed on indigenous public policies" Piñera. 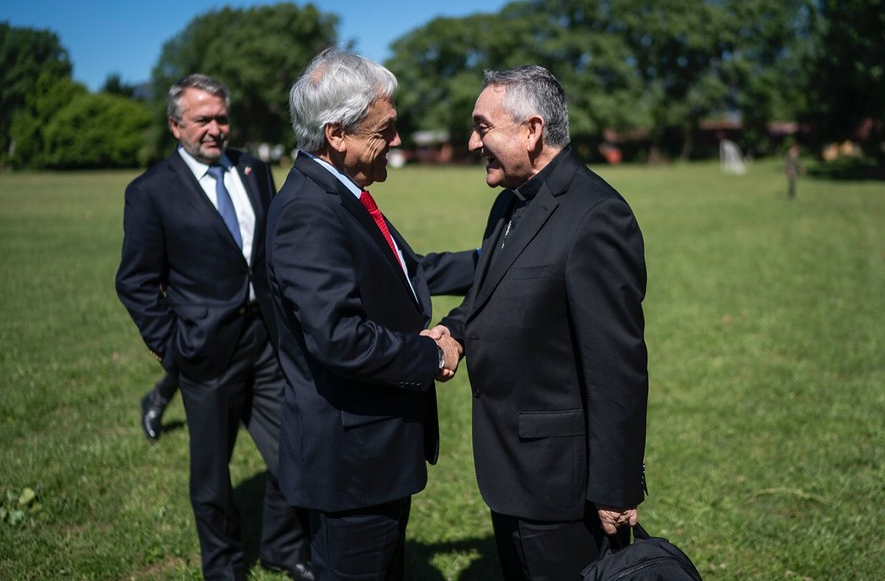 After meeting with President Sebastian Piñera, Bishop of Temuco, Héctor Vargas, urges the president to prioritize projects in the Araucanía Plan to "build the future of peace for everyone".

"Having received the invitation from the president of the Republic of Venezuela, Sebastián Piñera, I had the opportunity to interview with the Interior, Internal, Social Development, the new Mayor and the Malleco Governor, who could also hear his opinion about the situation in Araucanía," said Bishop Temuco.

"It was a transporter as my shepherd as one of the most sensitive issues in the region, as well as the painful situation in which the young man is suffering from the death of young Catrillanca, and the complex situations that arise from the resignation of public and actions authorities, their current situation. I think it's a conflict, "he added.

"In this way, interviewing the historical demands and needs of the people of Mapuche, poverty, small investment and productivity, regional violence, the historical demands of state policy, requires more consensus and consolidation and consolidation of the international evidence of indigenous public policy problems at an international level and with more progress, "he added.

In this sense, "he said," the Constitution's approval, the Ministry of the Peoples Council and the political participation ", to replace and effectively institutionalize the dialogue and real interculturality requirements".

Finally, the president gave priority to more than 300 projects of the Araucanía Plan, which are the most responsive and urgent in the region's soul, to build the future of peace for all justice. "