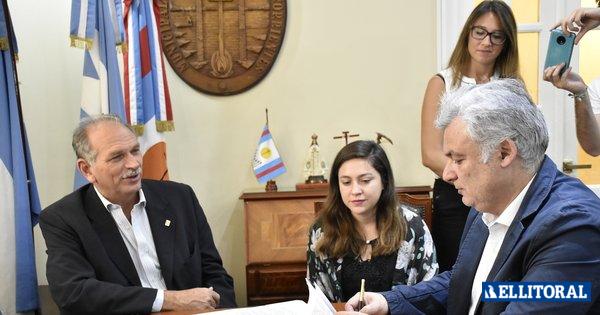 The Provincial Government, the Corrientes City Council and the Aids Healthcare Foundation have done more than 5 thousand free and confidential tests this year to obtain early detection against HIV / AIDS. In this regard, the Secretary of Health of the Community, Arturo Sandoval, stressed that the work done in the area has emphasized the importance of control.
Since signing the agreement with this foundation, Vice President Emilio Lanari said: "We have over 5 thousand cases of this year, a positive prevalence of 1%. There are many people who have been found to be aware of these controls, which allows us to provide a system for the treatment guarantee, support and connection system ".
In this regard, the agreement must be made in the framework of the "HIV prevention, viral hepatitis and ITS" project, establishing mechanisms, bases, policies, actions and commitments between the municipality and the foundation. HIV / AIDS, premature treatment of sexually transmitted infections (IST) and weak populations.
With regard to the agreement, AHF Latin American and Caribbean Scientific Director and Co-ordinators for the Argentine Branch Miguel Pedrola stated that "it is important that we achieve the objectives of public health: increasing access to testing for people living with HIV, care and treatment without discrimination or stigmatization in the field."
At the same time, he emphasized that "the World Health Organization (WHO) needs to be treated as soon as possible after less than seven days of diagnosis, which allows effective treatment to ensure that the blood virus is not recognized. Unstable "patients are not transmitted by HIV, which is essential for reducing infections."
"We are working for several months with the foundation. We are in Plaza Cabral, Torrent and other strategic points. Operators have been entering the market for some time now, with good results, because of the significant percentage of people living with HIV," Sandoval said in El Litoral and worked in December they will do "fixed in primary healthcare centers".
On the other hand, on the day of the next month, the City Council will hold a day of conscience with local associations, the Faculty of Medicine at the north-eastern national university (Unne) and the provincial government.
In this context, along with the Ministry of Health and the Public Health Ministry, the municipalities take part in the tests, the results are taken in ten minutes, after a small sample of blood is sprinkled. The test is confidential and voluntary.