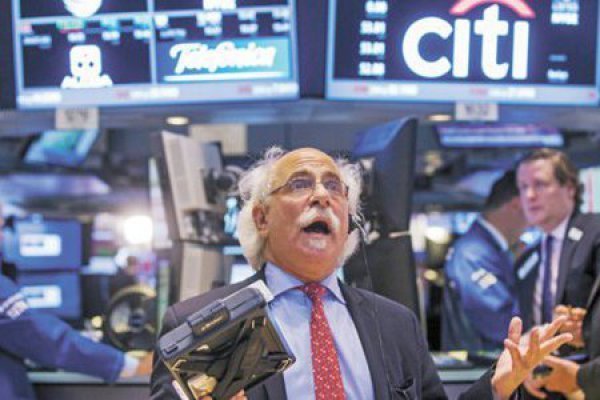 Ned Davis Research distributes its markets to eight major class activities, and this year it has not registered more than 5%.

Market statistics are getting in between 2018 to describe the pain felt in all asset classes. The respectable signature says: things are not so bad from Richard Nixon's presidency.

Ned Davis Research markets into eight major asset classes, between the United States and international bonds and stocks. And it's not a single one this year that will return 5% more than last year, a phenomenon last seen in 1972, according to Ed Clissold's strategist.

In the galleries, investors have something much worse. But the results of 2018 are guided by the means of assets that fail, historically it is looking.

Nothing is done, not in the US in high capitalization or lower stock, not in international or future stocks, nor in Treasury Taxes, nor investment grade bonds, nor raw material nor real estate. Most people register losses and those who do not make percentages of less than 5%.

It's something special about history. Usually when the sector goes down, another rises. In the midst of financial disasters in 2008, the Treasury recovered. In 1974, merchandise was a bright place. In 2002, they were REIT. In 2018 there are no sectors. Clissold Villain: the end of the central bank incentive.

"Markets have been worried about how financial prices are eliminating ultra-flexible monetary policies," said Clissold, a senior Ned Davis Research strategist in the US, in a statement released last week.

In the previous market turbulence, "somewhere in the bull market".

The Federal Reserve has spent eight times since 2015, and European and Japanese politicians have gradually reduced their programs. This, together with its global growth, has hampered the confidence of investors in all sectors.

This week, the optimism about the interim treatment of the US-Chinese commerce trade has been intense in terms of rape, reducing the performance curve and slowing global growth. On Tuesday, the S & P 500 index will drop more than 5% this year.

In total, the S & P 500 index rose by 1% year-on-year and the US investment debt ratio dropped 1.6%. The shares in developing countries have fallen by 12% and the United States Treasury Growth Index. Long-term Bloomberg Barclays fell by 6.4%.