Yesterday, 18 people suspected that the investor Quan Jian Club was the organizer of Shu Shuhui, when he was the leader in pyramid activities and false advertising crimes, the fate of Tianjin Quanjian Club was disturbing. "To achieve this" super-account "of 2,900 million yuan invested, if the only investor loses, the transfer option is not excluded. 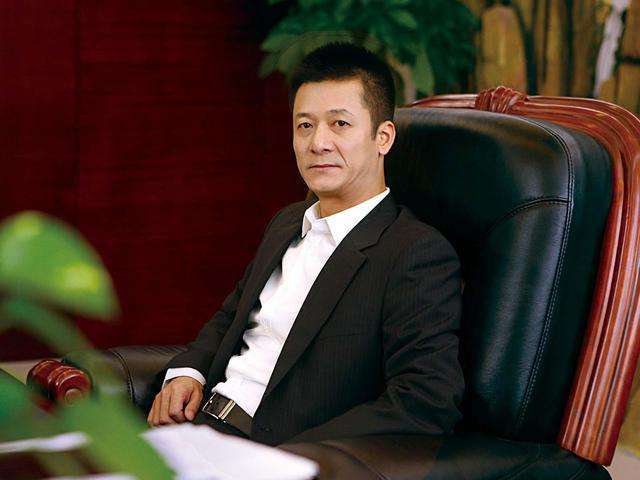 Before the power of cases, Tianjin Quanjian has entered the new phase of preparation for the new season. In the 2018 season, the ranking fell to ninth position. Wittsel and Modeste left the team and Tianjin Quanjian wanted to take part in the new season. After the brief meeting of the Chinese Football Association in 2018, he talked about the new Super League policy. Shu Yihui also said that he could discuss the specific projects included in the capital injection of the club. At that time, in addition to the signing of players and salary costs, such as the investment in the infrastructure, for example, the 1.2 million yuan share agreed in the new season will be less.

"I'm afraid the players do not have any money." Shu Huihui's voice is still in the ear, but now he is afraid that players will ask for money. After the research, Quanjian Natural Medicine Technology Development Co., Ltd. The company's funds have been frozen and Tianjin Quanjian Club is the only shareholder.

According to the rules of the Chinese Football Federation, in May last year, the Super League teams presented material accessions for the 2019 season. One of the access conditions: the legal representative presented does not have a criminal record. Of course, Shu Huihui and his Quanjian team are not eligible for entry. On January 12, there is a maturity of each club to present the salary and bonus recovery form.

Cui Kangxi is the most embarrassing coach

Yesterday morning, the Tianjin Power Improvement Team made a flight to Abu Dhabi and winter training began in the second phase. Wang Yongpo and other major forces returned to the group. Unexpectedly, the first news heard after the group's opinion were arrested by the club's inverters.

Preventing media questions, Tianjin Quanjian members were not stopped. However, people showed them to popular media: "I am very worried, but I can not do anything." The player's salary was only received in November last year. The club did not respond. The latest news from the club's Weibo official was released on December 25, the content of Dafeng's winter training. The nose transfer window has been opened. If the player intends to leave Tianjin Quanjian, it is necessary to worry that if there is a contact with the club, the treatment of the new contract will be steadily decreasing.

They are more embarrassing than the players, invited by the famous Cui Kangxi. Tianjin Quanjian Cui Kangxi gave a three-year contract with an annual salary of $ 7.5 million and a salary of more than 150 million yuan. However, during the great spectacle, Korean Marshals must start a stable army. Jin Min, who wants to puncture his horn, can not maintain the sole support of the Pato group.

Government care is still expected by the company

According to Tianjin Tianjin latest news, at the end of this month, the Tianjin Quanjian Club will distribute the rights components, Tianjin Football Association will host and "Tianjin Tianhai Football Club". Local media in Tianjin have made it clear that the club has not ceased to worry anymore, to keep up the storm in the new season. However, if the club wants to be in the Super League, the large number of funds needed for monitoring operations will not, of course, be solved by the government's vigilance. Depending on the transfer, it is the most serious part of the relocation. According to the Chinese Football Association's rules in the club's regional transfer instability, if the Tianjin Quanjian team wants to stay in the Super League, only companies in Tianjin can take it. In the short term, Tianjin has a strong enough force to take a Super League club. easy

In 2005, Zhang Hai, the investor of the Shenzhen Jianlibao Club, was sentenced to 10 years in prison for the supposition of false accounts, fake investments and the cancellation of Jianlibao funds. The Jianlibao Group then transferred 90% of Shenzhen Football Team. After that, the Shenzhen football team made many debut matches and returned to the Super League.

Many football circles and fans have said how Shuhui and Quanjian Group like, I hope that accumulated football levels do not collapse over the night. In the end, this team has many players. I hope that the future of the club is well-resolved.