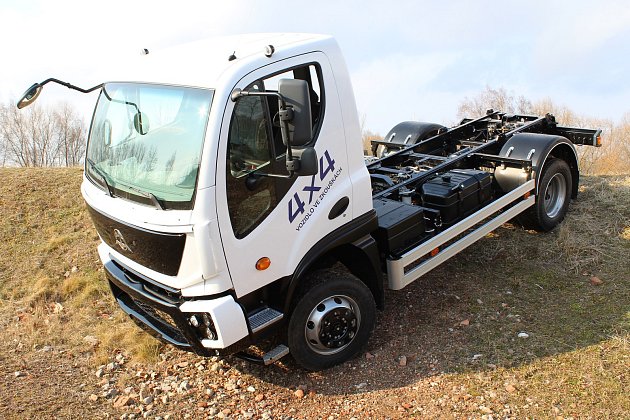 Avia Motors will release Avl's trucks in January 2019, Avia Motors' interest does not reach the expected level, and production will be too costly to reduce emissions. Every day Hospodářské noviny (HN) has focused on the production of trucks.

Andrej Čírtek, the spokesman for the Czechoslovakian Group (CSG), is the owner of the company. Avia, according to him, will create about 70 vehicles this year.

In order to develop the market situation, the new emissions regulations and the increase in the cost of production of commercial vehicles in the Avia product category, the company's strategy was re-evaluated.

However, the series of diesel engine AVIA cars will be finished, "said Čírtek. The company will supply spare parts for Avia vehicles and electric vehicles.

According to Čírtka, Avia is a medium-sized utility vehicle whose current tendency is in line with electromobility in the short and medium range merchandise. In addition, in the past, electric cars were manufactured and delivered to the North American market.

"We are working on potential partners, dealing with those with the necessary knowledge and technology in the electrical unit, which is why it would be a good partner for Avia chassis," said Číttek.

Avia Motors produced this year's Avia D 120 4×2 Euro 6 Initia series. In May, the company planned to produce 150 cars. He also prepared a 4×4 vehicle, and at the end of the year they had to launch series of fire trucks.

The jobs will be reduced

At the end of production, Přelouč's jobs will be reduced from 70 to 20. The company wants to maintain a long-term service for thousands of branded vehicles, especially in Czech and Slovakian roads.

The Přelouč car is located in the premises of the CSG, where the Letňany production line in Prague was moved. Avia Motors bought the Ashland Leyland Motors group by CSG in 2016, which ended in production in the Czech Republic in 2013 and was taken to India.

Hospodářské Noviny has said today that there are also other manufacturers of CSG trucks, Tatra Trucks. This year's production is likely to reduce this year by 40% this year, with 1144 cars taking the Kopřivnice plant line last year.