Ashraf Abdel Baqi: I have no admission in cinema, and this issue does me no harm 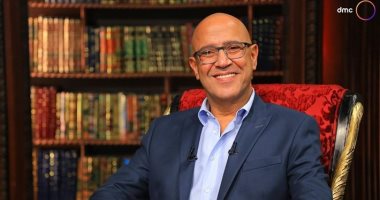 As artist Ashraf Abdel-Baqi said, I didn’t succeed in film because cinema needs acceptance, it’s not a pity, because I don’t have that acceptance. I produced it through producer Issad Younes on “A Bold Splash,” but it didn’t succeed, and I’m sure he’s not lucky in film, but he’s won in other things. I didn’t see other things as grateful.

When artist Ashraf Abdel-Baqi joined the biography program presented by Wafaa Al-Kilani media and broadcast on DMC, Mizan Allah is all right and I took my 200% right and each took 24 carats right, and it is impossible for the audience to join someone there there is someone who loves me and is there. Who doesn’t love me, I’ve presented enlightening works in theater, television and film, and I’ve presented a lot of unsuccessful works in film, and that’s been “partly”. I was curious when I was in an apartment when I was 40 years old.

And followed by artist Ashraf Abdel-Baqi, the characters who influenced my life, my father, Ahmed Abdel-Baqi, taught me a lot of things and commitments to dates and people, as well as the late artist Abdel Moneim Madbouly, who worked with him on the Rosewood play and stage he taught me one by one, and I met him before he died in the film. The day they were filmed was full of joy, and so was my lifelong friend Amr Barakat, God have mercy on him, taught me to organize my life and make a living for me, and that’s why he loved theater and that’s why he kept all his movie tickets and about them he was writing my opinion.

In the interview Abdel-Baqi added: “What hurts me knowingly or unknowingly doesn’t make him angry, and when I feel that someone has spoken ill of me and I am bothered by the issue, I immediately speak up and ask to meet him and talk about anything. we do it until we forget what happened. ” My grandfather found it and I enjoy writing a “biography of one” and giving it to my children and my family.