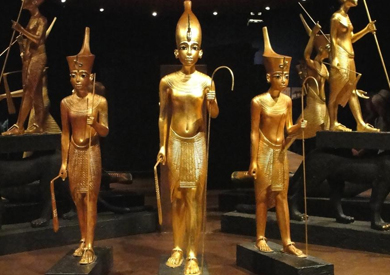 Hisham Saif Eddin, the Swiss Egyptian ambassador, has given 26 small minor divisions to the Swiss authorities in Ancient Egyptian civilization.

In addition, this step is being carried out in the cultural sector of the General Organization of the Swiss Embassy, ​​the Foreign Affairs Ministry and the Ministry of Anti Aging, in cooperation and coordination with the Federal Office for Cultural Affairs, the Federal Police and the Swiss Foreign Office.

He said Egypt's ambassador in Switzerland was a ceremony that Egypt was estimating that efforts by the Swiss authorities to return the pieces, and that the Federal Cultural Heritage Office continued to work hard to resolve important issues related to valuable valuable Egyptians.

Egypt signed an agreement with Switzerland in April 2010 and entered into force in 2011 to prevent illegal trafficking in cultural objects and return to their original countries.